Please Don’t Quit Your Day Job: Theory of a Deadman

Cynical as I may be, I’m usually a pretty easy grader when it comes to live concerts. If you ask me if I enjoyed a concert I’ll usually have pretty positive things to say. The problem with that is that when you put on a show that I hate, I will continue to rip you endlessly for weeks. Theory of a Deadman, bend over it’s coming.

Heading down to Bridgeport, Connecticut I was prepared for a night of music from bands I had not seen perform live before. Cavo was in the leadoff spot and despite some cheers for their big radio singles, the crowd couldn’t of cared less. 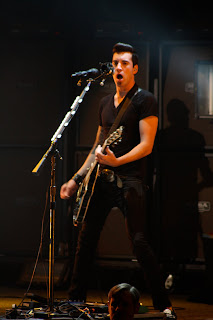 Lucky for them the next band would be the target of this column.
Theory of a Deadman took the stage in between Cavo and Daughtry. Although I was excited to see the former “American Idol” fourth place finisher (wow was America wrong with that one) I was equally excited to see Theory of a Deadman. I had written about them numerous times in the past and have really enjoyed their sound.
As they took the stage my feelings of them immediately began to fade. Despite a solid performance by the back end (drums, bass and guitar were really solid), lead singer Tyler Connolly could not be a worse frontman. Resembling Zachary Quinto from “Heroes” and “Star Trek” Connolly would be better suited as a janitor on the Enterprise than anywhere near a stage.
What I really liked about the recordings is exactly what I hated about the lead singers performance. In the recordings, Connolly’s voice is right up front and is the focal piece of each of their songs. Live, his inability to hit any of the required notes in his songs makes his performance worthy of a garbage dump.
The crowd seemed indifferent about the bands performance until they hit the big singles. Two of the final songs in their set were “Bad Girlfriend” and “Not Meant To Be” the bands largest singles in the U.S. This showed the crowd the bands true colors. A lawyer is only as good as the settlements he wins. An astronaut is only as good as his ability to dock the shuttle. A singer is only as good as his ability to hit 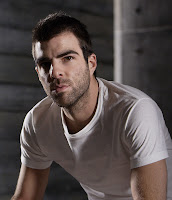 notes.
When performing “Bad Girlfriend” Connolly was completely unable to hit the notes during the chorus, making the song sound terrible. The highest notes were out of his range despite being perfectly recorded on the record. He would pull off of the mic allowing the crowd to fill in where he faltered. This tells me two things. First, he can’t actually hit those notes and second he’s a fraud as a lead singer.
Time to take some time off and learn to sing or hang up the microphone and go back to working a minimum wage job. Stop hurting our ears with your whiny voice.