Putting together the puzzle pieces after the crash is always one of the hardest things to do. After the tragic passing of Michael Jackson earlier this summer quick decisions were made to turn the footage shot into a memoir of sorts for the great performer. Long before the film was thought about, Jackson and a huge team set out to create a spectacle of dance, music, lights and effects. More important than the music was the dance. An iconic performer in so many ways, Jackson was known for an incredible style unlike anyone else.

From a group of over 4,000 only ten dancers emerged as Jackson’s backbone for the string of concerts in London. One of these performers was Kriyss Grant. From the age of fourteen, Grant performed as a Michael Jackson impersonator, using the iconic figures technique as inspiration. When asked what about Jackson inspired him at such a young age he said “his power, his talent, it’s how he delivered his music and the way her performed and entertained.” 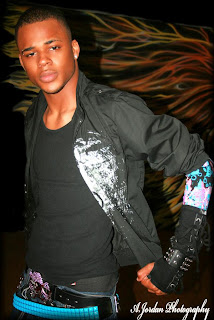 Initially “the one I was scared of” (referring to the music video) he learned the dance to “Thriller” and has now perfected many of his most famous routines. With this skill set it was easy to see how he was hand picked by Jackson to dance on stage with him. During the beginning Jackson was kept away as he worked on vocals and getting the music arranged to his liking. Grant and the rest of the dancers spent time at the Staples Center in Los Angeles rehearsing the intricate dance moves. “He wanted the audience to feel like you were there, like you could touch all of us. He wanted to interact with everyone.”

As the group moved through the practices, the dancers were only exposed to this high level of production towards the very end before the scheduled trip to London. With the movie a distant afterthought, the crew moved through each day as they prepared for the planned record setting string of concerts. The cameras that surrounded them seemed normal to Kriyss as Jackson always recorded his rehearsals.

The days passed and the crew was very excited about the shows to come. In the movie it is clear the Jackson was holding back. Although there was speculation that this was due to him not being at peak physical condition, Grant had his own take on it. “A lot of things he would of liked to save, he was just feeling out the stage, there was never a reason for him to go completely all out because he had nothing to prove to us or anyone. We understood that…save it for the fans he would say.” 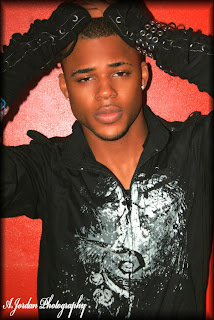 One of the most striking things was Grant’s description of the final rehearsal the dancers had with Jackson. In a weird way this was the last time Jackson would be on stage and these are the last people he would share that stage with, something that Grant said everyone was thankful for. “The final day we rehearsed, the day before he passed was one of the best days we had because he was more lively than any other day. We had a whole bunch of costumes and there was so much going on, we ran through the whole show. He was alive that day…”

On June 25th, 2009 the dancers gathered once again at the Staples Center as they continued preparations for the trip to London. “We were waiting on Michael, he usually doesn’t come early in the morning, he comes a little later but we heard he was in the hospital.” Grant elaborated saying that amongst the regulars on the crew, Jackson was always in and out of the hospital. This made them less concerned about the situation until they heard more news. “We didn’t get any call and Kenny Ortega (director) was the one talking to them.”

In a moment of prayer, the dancers huddled and prayed for everything to be alright. Describing this moment you could sense how hard this was on the entire “family” as Grant described it. “By the third time we prayed our prayer was interrupted and they told us that he was gone and right then and there we all just scattered.” Like loosing any important figure in life, Jackson who was described as a father figure to many of the dancers was gone. Taking personal time, no one on the crew knew what to do and what this all meant.

Reflecting back on what had happened it was evident to me that Jackson had personally made it a point to reach out to each member of the crew. The dancers would help to carry his legacy forward as disciples of the king of pop. After his death, the rumors began to fly around the video that was shot in rehearsals. “It was discussed around (the time of) his private funeral, they didn’t know for sure if they were going to do it or not…they told us it was possible.” It appeared as if everyone was looking out for Jackson and making sure that releasing the film would pay homage to him. There was a lot of talk about weather this was the right thing to do amongst the closest of Jackson’s associates.

“I’m just trying to keep his legacy living on, I grew up on that and that’s all I’ve known…all I know is Michael, all I know is Janet (Jackson) because they were my teachers. That’s who you see, you don’t only see me but you also see Michael and Janet (when I perform), it just comes out in feeling.” They say that flattery is the highest form of respect and for this talented performer, the emotional connection Grant had with Jackson seems to be leading him down a righteous path in music.

As he begins to move on from this chapter of his life, Grant has begun doing extensive charity work with charities ranging from A Child’s Cry For help to the American Cancer Society. Many of these charities are aimed at helping children realize their potential. “A lot of times I thought that it wasn’t going to be possible to meet Michael, it was a big dream of mine and I have conquered that dream. Now I know I can do anything I want to do.”

Jackson who couldn’t wait to show the finished product to the world was just weeks away from debuting the show in London at the O2 where he had planned fifty shows, more than any other artist had played. It was amazing to speak to Grant who is one of the last people to perform alongside Jackson and has now taken an amazing step forward trying to show children that they can reach their goals because he reached his. He not only met Jackson, he shared the stage with Jackson in his final days.

Here is a clip of Grant performing on Ellen Degeneres a few weeks ago.