All I Want For The Grammy’s Is… 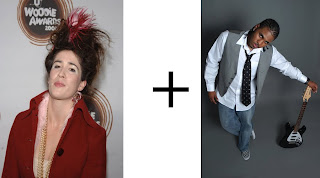 As we near Thanksgiving children across America will begin to put their Christmas lists (and Jewish Christmas lists) together. With that in mind, the one thing that I want for the new year is a performance at the 2010 Grammy Awards featuring Jason DeRulo and Imogen Heap.

Who cares? I care. My favorite part of the awards ceromony is the weird mashups they put together such as Eminem and Elton John performing “Stan.” For me that was one of the most memorable moment in Grammy history. All I can ask for as the Grammy’s are planned is that they respect my wish and give America (and the Jewish kids) what they want in a great “live” telecast.