Album of the Moment: A Guide To Love, Loss and Desperation 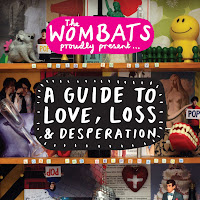 After glazing over this album when it was first released in 2008 I came back for seconds and was totally blown away with what I had missed. The Wombats first release in the United States “A Guide To Love, Loss and Desperation” is a true gem of british music. A flurry of fast paced tracks stack up quicker than Manchester United victories and do a great job of winning the listener over.

Among my favorite songs are:
Anyone who listens to other European artists such as The Fratellis, Scouting For Girls or Arctic Monkey’s are sure to enjoy this album from first beat to last.