Harris’ Album of the Month: Mind Chaos by Hockey 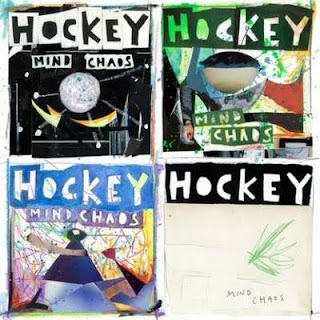 A few weeks ago I received an album in the mail and after an initial run through I decided it was not for me. There were singles that stood out to me but at first glance it did not seem like the complete package. I was wrong.

Hockey’s latest album “Mind Chaos” is a brilliant blend of sounds and styles spanning almost every decade since recorded music has been popular. The album gives a very interesting journey through genres and begins with the first single “Too Fake.”

“Too Fake” is the theoretical modern day within the album, with a very electro-rock feel reminding me of MGMT. Second up on the album is my favorite song on the album and one that I have written extensively about in the past, “3am Spanish.” Defying an era the song is simply a brilliant blend of vocals and backbeats with the lyrics sitting right in front of your face (or ears in this case).

Finally we begin our journey into the past. “Learn To Lose” takes us back to the ‘70s with its disco era rhythm section. It could very well of been a song in Earth Wind and Fires repertoire.

Next up is “Work” which continues our journey into music history. This one is tricky but when it boils down it reminds me most of smooth rock from that same era. Reminiscent of the Jackson 5 the song is just pure and mellow, a nice contrast to the first three songs.

“Song Away” finally brings us into the next decade. In a clear shift in styles this song is straight out of the 1980‘s in the style of David Bowie or The Police. The amazing shift in style is evident on the surface but subtly held together by the guitar.

Finally splitting off from the original genre (which I’ll define as pop-rock), “Curse This City” has a weird ‘80s or early ‘90s hip-hop style to it. It cries out like a classic one hit wonder from one of these eras.

Despite a weak third quarter within “Mind Chaos” there are certainly sounds of all three eras within some of the final songs. The final song off of the album, titled “Everyone’s The Same Age” reminds me of the greatest band in pop rock history. Without trying, the song strikes a chord with the Beatle in all of us reminding me of a slow paced late era Beatles song.

Overall the album provides an exciting musical adventure through rock history with the present represented right alongside the past. Certainly worth a thoughrough listening, “Mind Chaos” could be one of the better albums of 2009.