It’s been a few weeks since I’ve released this segment. As always I have a good reason. There hasn’t been much to listen to these past few weeks. Finally as we move towards the midway point of October we have some new music that I can actually get excited about.

First on the radar this week is the new album from Bowling for Soup titled “Sorry For Partyin.” The album has already helped to generate some buzz by releasing “My Wena” the albums 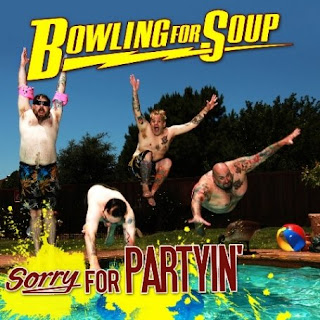 first single a few early. Despite the terribly cliched title, the song really isn’t that bad giving some promise for what else they have on this lengthy album. I saw it’s lengthy as both a joke and comment on today’s albums. This album is fourteen tracks long which seems unmeasurable by today’s standard albums.
Also out this week is the fourth studio album from famed vocalist Michael Bulbé, “Crazy Love.” Although I have never explored his albums, Bublé has an infectious voice that I love in his older singles. I might have to go and check this one out. Another famous vocalist, Shakira is releasing “She Wolf” in hopes that the album will share the success of the albums self titled first single.
Finally this week features “Slice” the latest record from Los Angeles based Five For Fighting. After making it huge with their second and third albums “America Town” and “The Battle for Everything” the band went quiet from 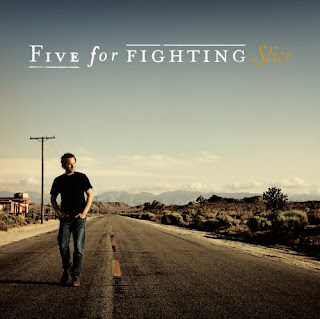 2006 until today, releasing a few albums that were passed over by most. This album will hope to restore the album back to it’s early glory.
Among the albums that I am not looking forward to listening to are a pair of Christmas albums by David Archuleta and Bob Dylan. It’s nothing against these guys but I’m just sick up these holiday albums in general. How about just do one song, put it on iTunes and move on.
If none of that sparks your interest, here are a few other albums out today:
The Flaming Lips release “Embryonic” (check out a review by Eric Danton here)
The Roots release “How I Got Over”
Los Lonely Boys release “1969″
Sugarland release “Gold and Green”
A Rocket To The Moon release “On Your Side”