Kings Of Leon Fall Short, Need to Go Away 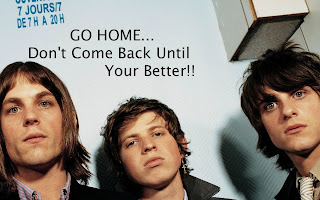 I’m all for huge singles. I love when songs get played over and over on the radio but when is enough enough. That time is right now for Kings of Leon. The band that everyone seemed to love in 2009 has run it’s course and needs to record something new or drive their tour bus into Davey Jones Locker.

My big issue with them is the huge amount of fame they have acheived putting a mediocre product on the field. Great singles have lasting power and the singles from the debut album “Only By The Night” are failing to live up to my expectations. Don’t get me wrong, after hearing “Use Somebody” once I liked it. After five times I no longer liked it and the subsequent 5.434 million times I’ve heard it have not helped it’s cause.
“Sex On Fire” the first single was just a bad song. For me, each of these bands songs sound too similar for me to give them fair listening to. I get bored easily and eventually drift away. Even now as I write I have the album on track two and am already being lulled to sleeeeppppp….
Oh sorry you almost lost me there. My final problem with the band goes back to the lack of quality product. Even if you liked the singles, the album is overhyped and not worthy of the credit it is being given. Here’s my hope and advice for Kings of Leon. Go into the studio, record another album and make it good. Personally, I don’t think this band will enjoy a successful next album because living up to a hyped single like “Use Somebody” will never happen for them again. 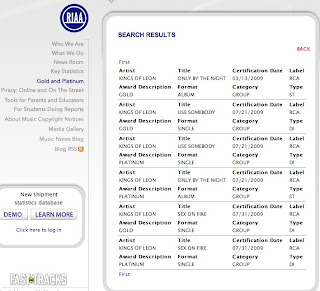