Finding Happiness in Fall Television, Not an Easy Task 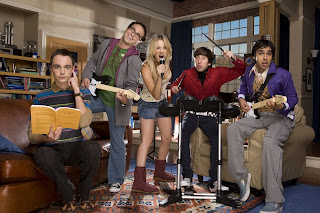 As the leaves begin to change there is one thing that cheers me up. After long days in class and even longer days slaving over computers to meet deadlines for mindless school projects I know that with the fall comes new television shows and the return of some classics.

This fall I have mixed feelings towards the return of television. Although there are a number of great shows returning, it seems that many reality shows will cast shadows over great dramas and sitcoms. While the eight o’clock time slot is dominated by shows such as “Dancing With The Stars,” “Biggest Looser,” and “America’s Next Top Model,” there isn’t much for someone like me. I don’t care how much weight you loose and I don’t care who’s at the peak of the proverbial fashion pyramid.
Despite the return of “30 Rock,” one of the only comedies worth laughing about, there is an overall lack of quality half hour and one hour shows (that don’t involve the so called “reality world”). NBC, once the king of one hour dramas is now left with just two proven, worthwhile one hour shows; “Heroes,” and “Law and Order: SVU.” With the first season of Jay Leno’s new show turning what once was a great hour of television into a fourth hour of late night programming, the low point of my fall will be turning on NBC at ten o’clock on Thursday and not seeing the amazing cast of “E.R.”
Furthermore, NBC will not premiere “Chuck,” until the spring. Despite a lack of overall ratings, the show is acclaimed within the realm of critics and fans alike. This not only leaves the ten o’clock time slot wide opened, but also it gives other networks a chance to run on equal ground.
Comedy programming will be decided by a few shows. It is currently a close race for which network laughs the loudest. Currently the edge goes to CBS with its Monday night lineup being the best single night of comedy. “How I Met Your Mother,” “Accidently on Purpose” and “Two and a Half Men,” lay the foundation while the surprise hit “Big Bang Theory,” rounds out the funniest night on television.
As I alluded to earlier, there is one thing that could even the race. Since the departure of “Friends,” NBC has tried valiantly to restore Thursday nights and this year could be their year. It all rests on one show, “Community.” We all know that “The Office,” and “30 Rock,” are great but with a very weak first season “Parks and Recreation,” will return already down for the count. It will be up to the new comer to the lineup to pick up the pieces and help restore the dominance, good luck Joel McHale.
There are some things to look forward to if you love drama on television. The unfortunate thing will be how long you must wait. “24,” and “Lost,” will both return for new seasons but not until we have changed the calendars over to 2010. Furthermore, the only show keeping Fox alive will not premiere until that time as “American Idol,” returns for a ninth season. Without these shows it is often difficult to find things worth watching and at ten o’clock it will almost impossible.
The person I feel the worst for moving into the fall season of programming is Jimmy Falon. When he found out he would replace the beloved Conan O’Brien for the show “Late Night,” I’m sure he didn’t know that Jay Leno would have a self titled show airing just hours before his. If you like Jay Leno and you have always watched “The Tonight Show,” are you really staying up that extra hour to catch a third hour of programming? Furthermore, the lack of programming during that time slot is extremely week throughout the week further boosting Leno’s forecasted success. No show will suffer more from NBC’s stunt to keep Leno on board than “Late Night with Jimmy Falon.”
Sounding like the pessimist was not the goal coming into this article but it sure went downhill from the beginning. It could be worse. If not for shows like “30 Rock,” “Chuck,” “Big Bang Theory,” and “How I Met Your Mother,” it would be worse. “30 Rock,” is back for a fourth season and after winning a number of Emmy’s for season 2, the all star cast will be back for the best writing in television. The quiet show in this lineup is “Big Bang Theory.” If you have never seen the show it might be worth a shot as it really has something for every pallet. The group of nerdy scientists really make Monday nights better and as the leaves change we can only hope that the drawl of reality television does not carry over past the winter.