Harris’ Song of the Week: Bourgeois Shangri-La by Miss Li 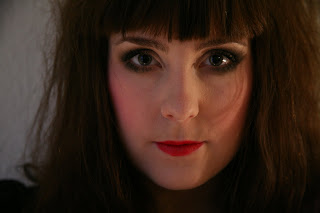 Fine, go ahead, start to hate me now. Just because I love Apple and all of their fantastic products doesn’t mean I have to choose their songs for my song of the week. The company just happens to have their finger on the pulse of the pop community. Any song that ends up in a commercial (especially an iPod commercial) automatically experiences great success. Regardless of which way the process works, this weeks song is simply fantastic.

I’ll have to be honest, I had to do some extensive research to actually figure out who sang the song and then who Miss Li actually was. Stemming from Sweden, the pop singer has had songs features in Showtimes “Weeds” and ABC’s “Grey’s Anatomy.” Regardless of her status before September 9th, 2009, rest assure that now she will gain a tremendous amount of fame with the iPod Nano add being played dozens of times per day on American television stations.
Although it might seem a bit cliche, most of the information I found out about Miss Li came from her Wikipedia page and with that in mind I have contacted her for an interview. Hopefully in the next few weeks we can all gain some insight into working with Apple and what the commercials have done for her young career.