Jay-Z Back With A Vengeance (And Plenty of Friends) 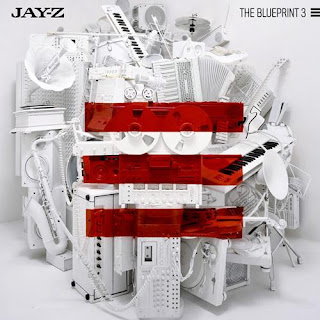 The man who can never and will never retire, Jay-Z is back with yet another album following his retirement in 2003. “The Blueprint 3” is the sequel to the previously released albums “The Blueprint” and “The Blueprint 2: The Gift & The Curse” which came out in 2001 and 2002 respectively.

After dropping this album into iTunes, the first thing you will notice is the amount of guest performers Jay brought in. Almost every track features guests from Kanye West to Kid Cudi, these extra performers really bring a lot to the table.

Leading off “The Blueprint 3” is “What We Talkin’ About” a solid opener, introducing the sound you hear throughout this album. Following the opener is a string of singles. After “Thank You” a mediocre song to say the least, is the amazing string of “D.O.A.” “Run This Town” and “Empire State of Mind.” These three singles create one of the best runs in any album of recent memory. Although I was not thrilled with “Run This Town” at first, the singles have now grown on me and this section of the album is listenable to over and over.

Young Jeezy makes an appearance following the string of singles with “Real As It Gets” a true old school feel hip-hop song. Jay’s ability to blend his voice with that of his accompaniment is inspiring and it just fits. This song also is some of the best hip-hop production I’ve heard since Kanye West’s “Graduation.”

“On To The Next One” features Swizz Beatz, a rapper that I have not heard up until now. There are two things that stand out in this song. First is the weird reference and/or rip off of M.I.A.’s “Paper Planes.” There is a background melody that sounds eerily familiar and although it’s different, it’s quite similar. The other thing that makes this song stand out is the impressive way Jay takes a page out of Eminem’s book, insulting everyone from the Jonas Brothers to artists who use autotune.

Track nine is an interesting song featuring J. Cole. I still haven’t figured out if I like this one but the chorus is great while the verses melt together and put me to sleep. “Venus Vs. Mars” is one of my least favorite songs on the album but is followed by “Already Home” in which Kid Cudi makes his appearance. This song is exciting, melodic and brings a nice creative bridge between Cudi and Jay.

Kanye West reappears in track 12. The song “Hate” is boring and belongs on West’s last album “808’s and Heartbreaks.” It’s a very slow, melodramatic ballad in which neither artist is likable. “So Ambitious” features famed producer Pharrell who brings his unique style to this track. The production really stands out and includes a lot more “real” instruments as opposed to synthesizer sounding ones.

The final song on the the album features Mr. Hudson on a track called “Young Forever” which has a really old school 90’s feel. The song which has reminisce of Rod Stewart’s smash hit “Forever Young.” The lyrics have been changed but in a away this slow jam is a perfect way for one of the most veteran performers out there to close one of his best albums out there. Although the album ends much weaker than it starts, there are some true hidden gems and is sure to be one of the top albums of the fall.