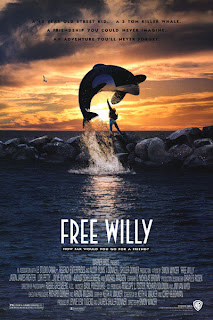 This summer music lost one of it’s most inspirational and revolutionary icons. Michael Jackson meant as much to music as any other pop icon of the last 100 years. According to a survey I just made up three-fifths of people who read The Truth About Music are considered 90′s kids. Born in the late 80′s we grew up with Green Day, No Doubt and about 300 one hit wonder bands (anyone remember Evan & Jaron?).

During this decade Michael Jackson’s presence was underlying. He had already released “Thriller,” and the moonwalk had been copied by countless bands. Any true kid from the 90′s remembers 1993 for one particular movie, “Free Willy.” During the credits of this movie Michael Jackson produced and performed “Will You Be There,” which was the theme song. The song went on to win at the 1994 MTV Movie Awards for “Best Song in a Movie,” and will always be the way I remember Michael Jackson.
Just because I was born into the 90′s, doesn’t mean I don’t appreciate what Michael did for the pop world that I love so much.
Check Out the video that appeared at the beginning of the VHS tape on YouTube