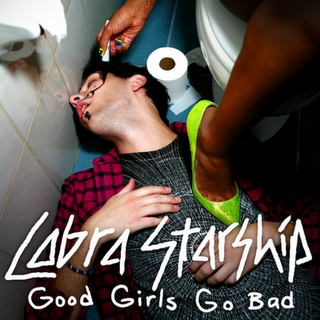 In a shocking turn of events, Cobra Starship has finally broken out of their mediocre club hits and produced a song that mainstream audiences care about. For years I http://cheapcialiswww.com/cialis20.html have been saying that Cobra was one big hit single away from making it in the world and this week’s song might just be it.

The song which features Leighton Meester from Gossip Girl is incredibly catchy and has the potential to be a huge club hit in the same way that “Clothes Off,” was for Gym Class Heroes. “Good Girls Go Bad,” has an incredibly catchy chorus and cool breakdown at the end featuring Sapora and the gang rapping along. The low point is Leighton’s appearance but for the sake of publicity it was a great move.

Hopefully this song will help to bring Cobra Starship into the spotlight. Although I have not yet heard the album if this song is any indication of what’s to come we might have an album of the month for August in the works.

To check out “Good Girls Go Bad,” by Cobra Starship check out the video from YouTube