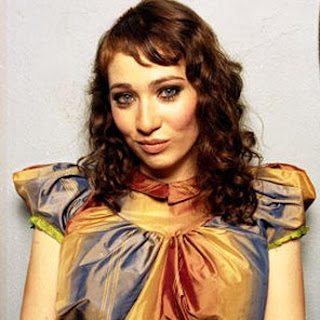 This week features nothing new and exciting to report. Is it scary that the album I want to hear the most is the soundtrack from “Transformers: Revenge of the Fallen?” Besides for that there are a bunch of new releases by indie artists that I’ve given a chance to and who have never impressed me. Specifically Regina Spektor. Her new album “Far,” comes out today and despite having recorded one of my favorite singles of 2006, her out there style and lack of hooks have driven me away.

Also out this week is a new album by Pete Yorn called “Back & Fourth.” Last night I heard him perform on one of the late night shows (I think it was Conan) and was really unimpressed. The best thing to listen to this week might be the soundtrack from what has already been crowned the comedy of the summer. “The Hangover,” has decided to release a soundtrack to the highly successful movie.

Just in case none of this sounds interesting here are a few other releases coming out today:
Goatwhore release “Carving Out The Eyes of God” (awesome title for the metal staple)
Mars Volta release “Octahedron”
Lemonheads release “Varshons”