Will. I. Am. and The Black Eyed Peas Get Autotune Right, Kanye Take Notes

To be honest with you, I have never been excited for a Black Eyed Peas record. A combination of lack of interest in full albums at the times of their last releases and a general dis-interest in the genre led me down this path. I am happy to say that three words (one with an elevated pitch) led me to be excited about “The E.N.D.” Those three words are “Boom Boom Boom.” 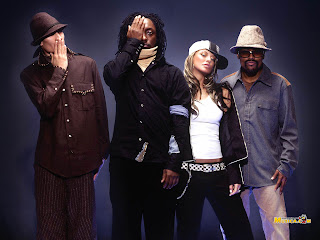 I was very surprised that the Peas decided to lead off their new album with that song which included an extended intro. It seemed too good to lead off with but it seems to fit perfectly. As I have said before this is going to be one of the best songs of the year 2009 and was the sole reason I looked forward to the release. Although the second song on the album does nothing for me it showed off the incredible ability for each song to flow into each other. Over the first four songs there is never a break in sound, and between song two and three I actually had to check to see if the track had changed.

That third song “Meet Me Halfway,” is really fun and features Fergie during the choruses and a very over the top production line. The entire album seems to have a club feel as you could essentially play that album and just let it run the entire night. “Imma Be,” is the first song in which the production seems to actually travel through different styles, finally concluding with a cool ’70’s style jam towards the end.

The first break in sound finally comes briefly just before “I Gotta Feeling,” the fifth track on “The E.N.D.” If you didn’t think that “Boom Boom Pow,” was the club anthem on this album then “I Gotta Feeling,” is that song. It is a high energy song that made me do the “Night At The Roxbury,” head shake. I love the duel singing between Fergie and the boys during the chorus, it just makes me think that is what Black Eyed Peas should be all about. 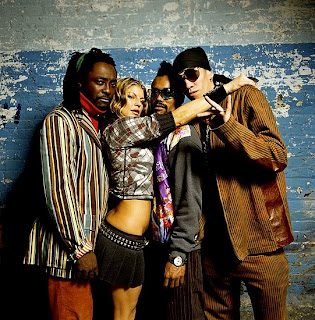 This song also begins another string of songs leading right into one another with “I Gotta Feeling,” leading straight into “Alive.” This is the first song that has a “ballad,” feel while continuing to keep a forward moving club album. Also it is worth pointing out during this heavily auto-tuned song that The Black Eyed Peas have really done a great job of embracing this style of singing. Unlike Kanye West who made a slow, emotional album which employed auto-tune, The Peas used it in a high energy club album which just seems to fit it’s use.

Fergie has her big vocal breakout performance on “Missing You,” in which she comes right out and belts the chorus really showing off her amazing vocal stylings. Even through the auto-tune you can really hear Fergie, which is another thing that was missed by Kanye. “Party All The Time,” is so simple as a club anthem singing “If we could party all night and sleep all day…” but the production within the song just stands on it’s own and makes you wanna jump around.

Although the album looses it’s up front glare towards the middle and end the energy level remains surprisingly high. “Showdown,” one of the last songs on the album brings the flair back a little bit and honestly sounds like a song played at a rave. It almost reminds me of a song by Benny Benassi, only musically sufficient. “Now Generation,” mixes The Peas punk side with their Bob Dylan side. The song moves like an old school punk song but through it’s entirety features a subtle harmonica (I can only home performed by Will. I. Am. himself). 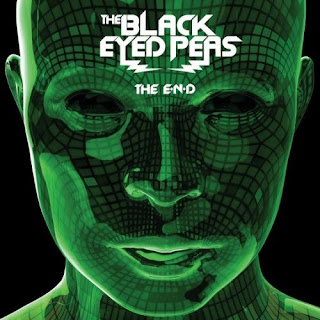 Finally we reach the end of “The E.N.D,” and the song “One Tribe,” in which Will. I. Am. sings about how the entire world are “one people.” The great thing here is that he isn’t just preaching it, this is a really great song and possibly my favorite on the album (after “Boom Boom Pow,” of course). The song ends with the line “Let the beat rock,” which was from the first hit single, “Boom Boom Pow,” and leads right into the final song on the album “Rockin The Beat.” As the album comes to a close I am very satisfied with what the production team have done and it is proven here that auto-tune is not always evil and can be used for good.

Just for fun, throw a party and just play this album, you’ll be happily surprised. The End.