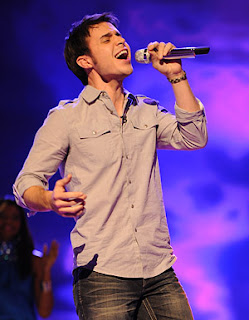 After winning American Idol it occurred to me that this weeks song of the week “Heartless,” was really his defining song. It shows Kris Allen’s ability to arrange songs and although I love this song as written and performed by Kanye West, it’s ability to be changed by Allen reveals it’s true greatness as a work of art.

You can hear the original song somewhere lost in the background as you hear the Idol version orchestrated to include piano, guitar, strings, drums, backing vocals and of course Kris’ excellent vocals. “Heartless,” was surely reinvented for many old timers watching the show who would never of heard of Kanye West.

Part of me loves these songs as separate entities, but still part of me would love to see these two get together at the many award shows and duet the song that has now been made famous by two different artists, in two separate genres over the course of 8 months.