Harris’ Song of the Week: Insane by Eminem 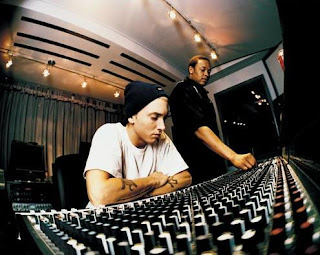 This week there was a real debate in my head over where to with my Song of the Week. There have been two albums getting non stop play and they are Eminem’s “Relapse,” and Green Day’s “21st Century Breakdown.” Three different songs were drawing my attention and I had to choose just one of them.

Well it turns out that I really don’t have to. Although “Insane,” is my Song of the Week I will mention two others from the album that I love. First to the actual winner, “Insane,” is a really old school feeling Shady song featuring conversations and the depicting of childhood molestation. The first line says it all, “I was born with a dick my brain, fucked in the head.”

Check that song out but while your there these two songs deserve an honorable mention. “Bagpipes From Baghdad,” and “Underground.” Bagpipes is an interesting song that raps about the relationship between Mariah Carey and Nick Cannon, while the chorus sings the songs title. “Underground,” is the final song on the album and is a true masterpiece. I will go out on a limb and say it might be the most epic rap song ever recorded.