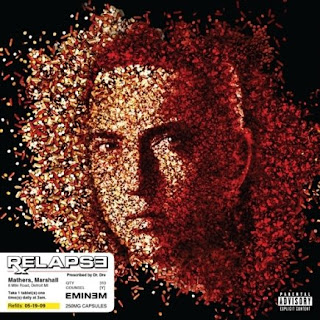 Another new chapter is about to open at The Truth About Music, the Release Radar. Each Tuesday I will breakdown some of the best music released, and the albums I don’t have much interest in purchasing. I’ll try to note which albums I have actually listened to already, but generally these will be albums that I anticipate hearing, or don’t care much about.

Our first ever Release Radar comes on a week in which one of the most highly anticipated albums of the year comes out, Eminem’s “Relapse.” Available today, the album has already produced four singles including “Crack a Bottle,” and “3 AM.” Given the singles released prior to today, I am really looking forward to hearing this album.

Also out today is the fifth release from comedian Dane Cook. Although the first two wide released albums were my favorite I still think Dane is quite funny and worth checking out. An album I’m not looking forward to so much is Mewithoutyou’s latest album “It’s All Crazy.” After seeing this group live, they did not inspire much confidence in what a new album could provide.

Among some other new albums out today are “Carver City,” by CKY, “Lullaby,” by Jewel, “Manners,” by Passion Pit, and “Blackout,” by Method Man & Redman.