Music Video of the Week: "The Wind Blows," by The All American Rejects 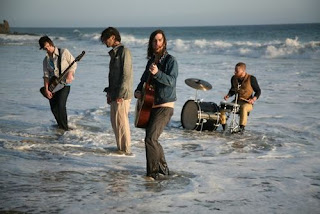 We all know that new music comes out every Tuesday but I have decided to begin a new weekly column that comes out on Monday’s. The “Music Video of the Week” will not always be the best music video in a given week but it will simply be look inside it, my likes and dislikes.

I have commented on this band and their current albums in many past articles. The All American Rejects have a habit of writing amazing singles but always have lacked a killer album. Their latest mix up involves the second single off of “When The World Comes Down.” There have been mixed reports about three different songs being the second single and now that a video has been released we have a clear answer.

“The Wind Blows,” is an awesome song I just don’t know if I love the idea of it being a single. The music video for the song helps it’s odds. It is a really epic feeling music video complete with hot random actress and a scene in which the band performs in the ocean (or at least on a beach). Paired with a pretty solid music video The All American Rejects might of solved their search for single number two after the immense success of single number one, “Gives You Hell.”

Check out The All American Rejects video for “The Wind Blows,” on YouTube