Harris’ Song of the Week: Always Be by Jimmy Eat World 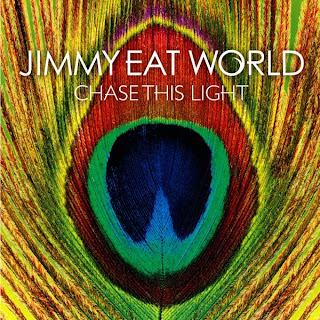 Coming off a string of downward sloping albums, Jimmy Eat Worlds 2007 release “Chase This Light,” was passed on by everyone from critics to fans. Selling only 320,000 copies to date (compared to “Bleed America,” which is certified platinum) the only highlight of this album is this weeks song of the week.

“Always Be,” is a really fun song that can get stuck in your head about as easily as anything. The inevitable hook during the chorus is really what sold me on the song. Jimmy Ear World has always been a band capable of writing hit singles such as “The Middle,” and “Sweetness.” Although this album is not filled with other hit tracks the band puts on an incredible live show and for anyone who listened to “Bleed America,” hundreds of times, this song will not disappoint.

Check out Jimmy Eat World’s music video for “Always Be”