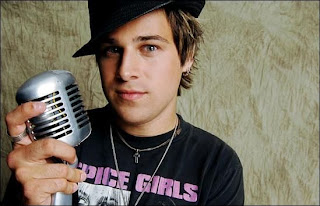 Ryan Cabrera, there’s a name I guarantee you haven’t heard in a long time. Question is, where has Ryan been? Once a huge name in the pop music world, love interest of Ashlee Simpson and singer of the hit song “On The Way Down,” the singer has all but fallen off the face of the earth.

The last time we heard from Ryan he had left an Australian tour with The Veronica’s after breaking up with Lisa Origliasso, one of the groups two members. This all happened in 2006, two years after the breakup that began the downfall of Ryan’s career.

The beginning of his career was much more pleasant than the intricate relationships and breakups of late would attest to. Starting his musical career in 2001, Ryan released his first album “Elm St.” Although the album, released independently, never came into it’s own, his second album (released after signing with Atlantic Records) would catapult him into a new world of success.

The 2004 release “Take It All Away,” peaked at #8 on the Billboard 200 and was helped immensely by two huge singles “On The Way Down,” and “True.” The first and more successful single “On The Way Down,” peaked at #15 on the Billboard Hot 100 and at #1 on the US Pop Charts. The album has also been certified double platinum, selling over two million copies. Despite the success of this album and his hollywood relationship with Ashlee Simpson in 2004 and 2005, Ryan’s next albums would not repeat the success of “Take It All Away.”

In 2005 Ryan releases his third studio album, “You Stand Watching,” which only reached 24 on the Billboard 200, and was certified gold (500,000+ records sold). Although having an album go gold is no small feat, it is a drastic drop to have album separated by only one year drop by over 1.5 million in sales. The singles on the album did not stick and eventually Ryan Cabrera would be dropped from Atlantic Records.

2006 could of marked the start of a new beginning for Ryan, as he prepared for a tour with The Veronica’s in Australia in support of his latest release, “The Moon Under Water.” As the relationship with Lisa ended, so did what was left of Ryan’s pop career. Over the past few years he has been trying to re-build his image and is currently on tour with Josh Kelly, and will release his fifth album (fourth in major release) in early 2010.

One thing is for sure, Ryan Cabrera has a long way to go before he gets back to his glory days, but a small clubs tour could be just the recipe to help repair his image. Ryan will be performing at New York’s Bowery Ballroom on May 10th, 2009 and at the Webster Theater Underground in Hartford on July 2nd, 2009.