Harris’ Song of the Week: The Man Who Can’t Be Moved by The Script 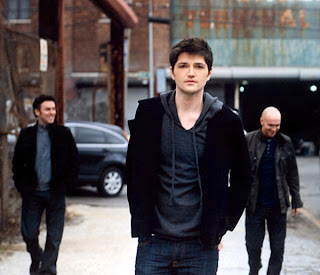 Sometimes bands you have never really listened to come out of no where and blow you away with a song. For me, this leads to further research into the band. A great example of this for me is Fall Out Boy. I was very unimpressed with the first two releases by this now superstar band but the singles “This Ain’t A Scene, It’s an Arms Race,” and “Thanks for the Memories,” made me give this band a second look.

I’m not saying that the band behind this weeks song will be the next big thing but this song that’s been around for just under a year now is finally showing up on The Truth About Music radar. From the very opening guitar riff to the incredible vocal stylings of lead singer Danny O’Donoghue you can tell that this band has it together.

I really enjoy the hook within the chorus and the break down towards the end. My favorite part of the entire song is the buildup back into the final chorus finally ending with a high energy chorus filled with new backup vocals and great harmonies. “See me waiting for you on the corner of the street,” is what sells it for me.

As part of my song of the week feature I will begin including a link to a place to find the song. It might be the music video on Youtube, it might be the bands Myspace, but either way I hope that you find it easier to check out the song and leave me a comment if you liked it.