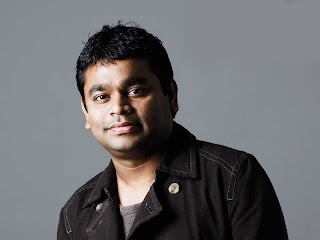 I have a confession to make. Although my Song of the Week feature always comes out on Thursdays, this weeks was decided much earlier in the week. In fact, it might of even been decided last week. Regardless, I couldn’t pass up the opportunity to pick this song as my song of the week while it was still fresh in my head.

For those of you who do not know, Jai Ho was one of the songs from the amazing “Slumdog Millionaire,” soundtrack. Of particular interest is 0% of this song is written in english. In that light, I don’t know what is being sung but that goes to further how well this song is actually written. The fact that I can have a song stuck in my head that I know none of the lyrics to is a testament to that.

It’s blend of soothing strings and high energy beats is really amazing and at times actually gives me goosebumps. The amazing thing is that I have actually not seen “Slumdog Millionaire,” but this song is making me want to run out and buy the DVD. Do me a favor this week, even if you are thinking that you want nothing to do with some Bollywood meets Hollywood song by an artist you have never heard of, download this one song from the movie and let me know what you think of it.

Pictured above is the composer and singer on many of the songs on the “Slumdog Millionaire,” Soundtrack. Also just on a side note, my Song of the Week is not the Pussycat Dolls version of the song but instead the original from the movie.