Selling Out and the Movies 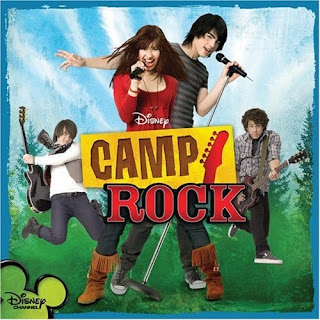 It is already clear that I am totally against the idea of selling out and think that the Jonas Brothers have never, and may never be given a fair shot in the rock world. The simple title of “Disney,” will follow them around for the rest of their careers. They are my ultimate case study and the band that I use whenever I discuss pop music and the idea of the sell out.

During the early morning hours in Florida I woke up and turned on the television which was set to E! There are times in which their biographies are interesting so I stayed tune to see who’s was coming up. Of course it was the brothers Jonas. I will not sit here and preach the ideas that I have already spent too many hours talking about. Instead I will bring up another idea that was touched on during this documentary; the movies.

In 1964 The Beatles were pulled away from their music at the peak of their success in England. You might ask yourself why the biggest band in the England, and soon to be the world would be pulled away from music. The answer my friends are motion pictures. The Beatles starred in five full length movies, all of which helped make them the most known band in the world. They were:

Let’s take a step back for a moment and imagine this happening in todays culture. Imagine the Foo Fighters or Panic at the Disco stopping their touring and recording for a few months and filming a fictional movie (I am taking live concert movies out of this talk because of irrelevance). These bands would be ostricized by their fans, and labeled as “sell outs.” No one considers The Beatles to be a sell out group by any means, so that makes this title unfair. 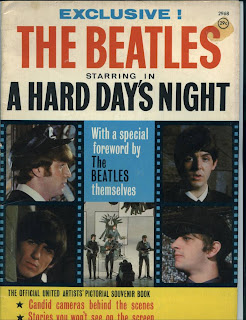 Furthermore, The Beatles were not the only group to make a movie. The Who did it, and so did Elvis Presley (multiple times). Up until now we have been dealing with hypotheticals in the Foo Fighters and Panic at the Disco. Let’s take a real life example such as, you guessed it, The Jonas Brothers. Already labeled as sell outs for their association with Disney, the Jo-Bros filmed “Camp Rock,” that came out last year (2008).
My question to you once again is, are we holding this group and many others to a double standard. Why not put musicians into movies in order to help further their musical careers? When the Beatles did it people honored them for being creative and branching out. Almost 50 years later the story has changed and anyone attempting to synergize their success is considered a sell out or worse, a non-musician.
I am looking forward to the onslaught of comments I expect to receive from this post and look forward to some more banter, bring it on!