Pictures from the Saints and Sinners Tour

Last night was the least anticipated concert of the weekend for me. I was really looking forward to seeing Brand New, We the Kings, The Cab and even NeverShoutNever! Tonight I will be thrilled to see Dropkick Murphy’s but on a rainy sunday night I was in attendance at the Saints and Sinners Tour, featuring Hollywood Undead, Senses Fail and Haste The Day.

I learned quickly that this is not my scene, but with that aside, Senses Fail was listenable, Hollywood Undead put on a great show, and Haste The Day is just annoying jesus rock with no actual lyrics (that can be heard by the audience).

Regardless I had a pretty good time and here are some pictures from the show:

Hollywood Undead in the Webster Underground After a Meet and Greet 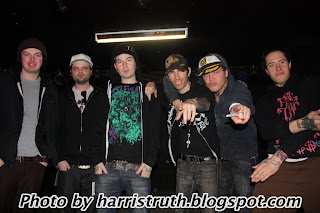 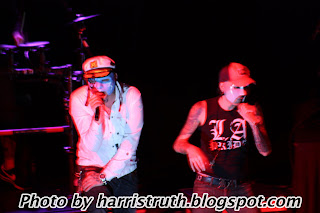 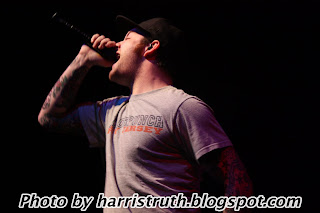 Haste The Day at Webster Theater 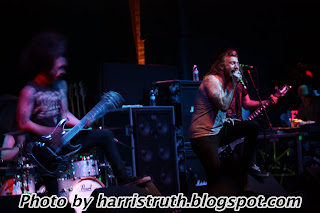