The Formula For Success (aka the cameo method of writing) 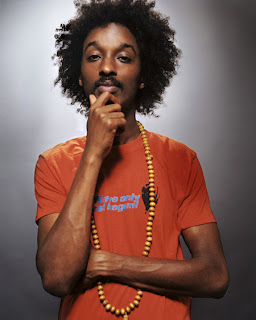 Ask almost any of today’s largest acts what the key to success is in the music business. Of course they will tell you that it’s all about hard work and mastering your craft but the real answer is teaming up and making friends. Think about your favorite artists and where they came from. Are you a fan of Gym Class Heroes or The Cab? It’s worth noting that they were discovered by Fall Out Boy and Panic at the Disco respectively.

Of course just knowing people is one thing, having them sing on your record is another. Only the select few have mastered this talent. Sometime between being discovered by Fall Out Boy and launching his love with Katy Perry, Travis from Gym Class Heroes found the time to sing on “Kiss My Sass with Cobra Starship. The most recent example is a relatively unknown R&B singer named Estelle who enlisted one Kanye West to sing on your song “American Boy.” We all know what happened to that song and another cameo is in the works now.
This weeks iTunes free single of the week is by an unknown artist named K’naan. The song is called “Bang Bang,” but the part of the title that caught my eye was the word “Featuring,” which was followed by the name “Adam Levine.” For those of you that don’t know this name, Adam is the lead singer of Maroon 5, one of America’s hottest rock groups. Will this mediocre song succeed? Probably not, but one thing is for sure, if it does, we can all thank Adam Levine for having such a fantastic voice. 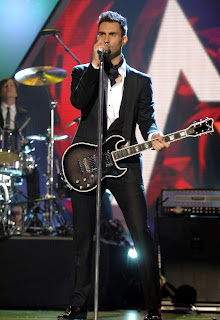