We The Living Return To The University Of Hartford 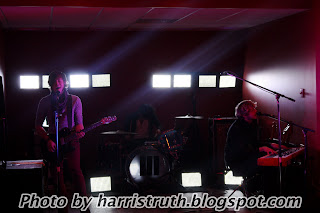 During fall semester, a group of rockers from Los Angeles, California, showed up on the doorstep of the University of Hartford and played an impromptu concert for the ages. Everyone in attendance hoped that we would be able to bring them back and on final day of February, our wish came true. The band showed up in the same swagger as at their last show. Although this was a much more planned show, it was still really exciting having a band of this caliber on campus.

The band is currently on a nationwide tour promoting their newest album, “Depths of the Earth.” This album, the follow up to the 2007 release of “Heights of the Heavens,” is only five songs long, but is another really great work for the band. Upon giving it a quick listen, it becomes really clear that the band really knows how to write a hit song. Given their self named style of fusing Foo Fighters with Coldplay, into a “lyrical rock,” the second song on the album is a hit single in the waiting. “Sound of Love,” channels major Coldplay as it races through a beautiful chorus of “This is the sound of falling in love, can you feel it?” 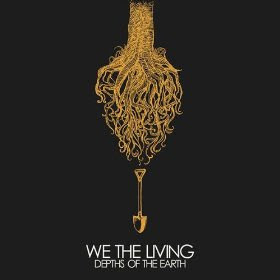 It is clear that the band knows how to write, and their live performance is truly masterful. Lead singer John Paul, who also plays piano and guitar, always puts a lot of emotion into each song as he jumps around and employees the Chris Martin method of singing. Matt, the lead guitarist employs a pedal board of over 40 switches, knobs and pedals to create the crazy sounds on the record. On top of Matt’s amp rests a static TV, a symbol of sorts that the group uses in a variety of ways. Drummer, Ben is the always business man in the group and holds down a really solid beat during the performance.

Everyone in attendance once again had a great time, this time a little more planned experience at that. After the show the band, as always, hung out with fans, signed copies of their two albums and sold t-shirts, posters and hoodies. The most creative merchandise set up to date also includes Matt custom painting t-shirts while people wait. This is a fantastic way for fans to get a truly custom work of art from a great up and coming band.

If you were not able to make it to the show, go to the bands myspace (just google their name) and listen to the music. It really is a pleasure to have a band come through that plays real rock music, and clearly care about what they sound like, both on stage and on the records. It’s always nice to support a band like this and the University of Hartford hopes to bring them back once more in the fall.