The Annoyance of My Life 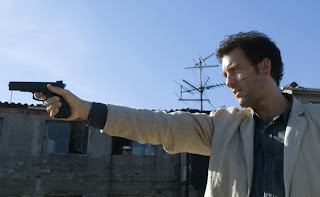 The year is 2034. I have just stepped out of my hover craft and inside my Jetsons like house, my robots have set the channel to the Star Wars Network, and my hot chocolate has just been brewed. As I sit down on my couch I hear an odd sound coming from my phone. It’s a VOICEMAIL!!

This is among the more random posts I will probably ever make on the Truth About Music but I had to get this down. Last night I went to see “The International,” an action movie featuring Clive Owen and some girl who looks just like Nicole Kidman mixed with Scarlet Johanson (Naomi Watts). The movie itself was pretty solid from my perspective. It featured a lot of good action sequences, a pretty intense premise and good acting from Clive and Watts. Although the story lacked a good ending it was definitely worth seeing.

Now, I have to bring this post full circle. I am getting really sick of movie writers and their in ability to adapt to the 21st century. During the movie Naomi’s character calls Clive’s and begins the conversation with “It’s Me.” We all have cell phones, and ever cell phone made in the last ten years has had caller ID. So, is it really necessary to open a conversation with, ‘it’s me?’ We all know who it is.

Finally back to my original paragraph about voicemail. On the same note as beginning your conversation with a stupid line, it is completely unnecsary to leave a voicemail saying, “Hey, it’s _____, call me back.” My caller ID has told me that you called, and I do not need to hear your voice telling me that you called, that’s just redundant. A voicemail containing pertinent information is acceptable, such as “Hey it’s Jim, just wanted to let you know that I’m running late.”

So in closing, let’s always stop and think about the person on the other end of our phone calls. It’s one thing to leave your 95 year old grand mother a voicemail, it is another thing to ever leave your child one. Moral of the story, go see “The International,” if you like action movies, stop leaving voicemail’s, and try to look past “It’s Me,” when you go see the movie. Clearly I couldn’t.