Harris’ Song of the Week: Jane by The Loved Ones 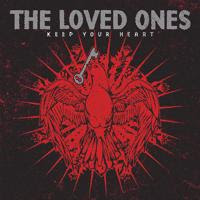 Every once and a while you have to kick it old school. You take a few steps backward and remind yourself how you got to where you are. For this weeks song, I have decided to shave a few years off, back to 2006 with a band that I consider to be the definition of today’s punk scene. You hear a lot of music, but rarely do you hear a band, and better yet a collection of Albums that kicks your ass as much as these guys do.

The song “Jane,” from the album Keep Your Heart, was considered the first single and is a crowd favorite song. In the spirit of the band it is a kicking anthem that makes even the most docile human beings want to punch someone in the face. In fact I will go ahead and say that if you are preparing for a fight listening to this album in it’s entirety will go a long way to you winning.