Bruce Springsteen at the Super Bowl 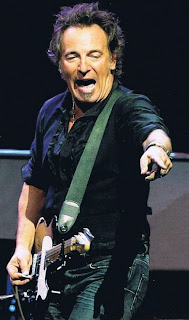 During what was for the most part, a lackluster first half of football, most people seemed to be anxiously anticipating the halftime show. This yearly spectacle us generally taken on by a veteran of the music industry, or sometimes multiple artists. This year was the year of Bruce Springsteen. He broke many touring records and played an incredible amount of sell out shows all across the United States.

The boss did not disappoint on the big stage, putting on a rocking show. For one night, New Jerseyights united with the rest of the world, and we all got a glimpse of what makes Bruce an incredible performer. This got me thinking. Who would you choose to perform at the super bowl in 2010. I know that’s a long ways off but I have a short list and I will post the list in a poll. Let’s help choose next years performer!!