Harris’ Song of the Week: Gotta Be Somebody by Nickelback 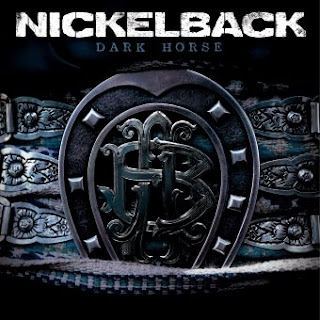 Looking back now, 2003 was filled with great music by some of the largest acts in the world. JET put out “Get Born,” Outcast had “The Love Below,” The Red Hot Chili Peppers released their greatest hits album and we heard the final word from Blink 182. Although some of these artists have grown and maintained their hold on pop music, no one could of predicted that one single, and one album would help shape one of the greatest bands of the decade.

Of course I am talking about Nickelback, and the release of “Silver Side Up,” and the bands first hit single “How You Remind Me.” Since this song the band has gone onto huge success on the pop/rock scene. This weeks song of the week is the bands latest single which is about just as catchy as any of the others. It combines a great hook with oversynthesized guitar sounds.

If you haven’t heard this song yet (very unlikely if you ever listen to the radio) check it out and for the first time since 2003 I will even go out on a limb and say that the album is worth checking out. Although I have never been impressed with their full albums, this one might just change my mind. The album is “Dark Horse,” and is definitely worth looking into.

PS. The video for “Gotta Be Somebody,” is pretty cool, check it out on Youtube.