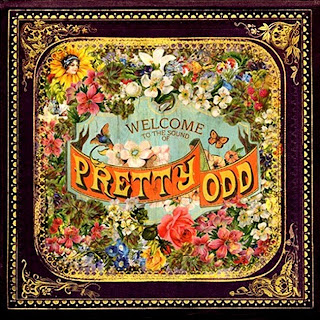 It’s that time of the year. Time to light christmas trees, make gingerbread cookies and make New Years resolutions for 2009. It is also time to look at the best performances, albums and songs of 2008. In part I we will look at my favorite albums of 2008.

1. “Pretty Odd,” by Panic at the Disco
Although it was tied for first in my readers poll, Panic at the Disco’s newest album “Pretty Odd,” is an incredible album that mixes old influences from The Beatles with their catchy songwriting. Brendon and Ryan both contribute vocals combined into what is now one of my favorite vocal performances. Panic’s unique vocal’s make them one of the more standout groups in the alternative scene today. During 2008 I was also lucky eneough to see them at Roseland Ballroom. For more about this concert click here

2. “Here We Stand,” by The Fratellis
This year also featured another sophomore album, this one coming out of Scotland. The Fratellis released “Here We Stand,” coming off the immense success of “Costello Music,” (first US release). This album featured songs that fans of the group immediately fell in love with. If you enjoyed the first album, you will deffinely like this release. To read more about The Fratellis click here

3. “Way To Normal,” by Ben Folds
Referring back to his roots, Ben Folds crafted an album that goes back to singing about the usual topics, but in a much more upbeat manner. This album also featured one of the most creative marketing schemes of the year. Ben Folds released half of his album about one month early. This intentional leak was later revealed to be a collection of fake songs, with real titles. This marked a unique new way to deal with the idea of leaked albums. To read more about Ben Folds click here

4. “Folie A Deux,” by Fall Out Boy
Coming in fourth is meaningful to Fall Out Boy as this is the fourth major release. Over the span of those four albums they have gone from touring clubs, to opening for major acts, to headlining arena’s. This album is similar to album number three (“Infinity on High”). It has hard hitting anthems, catchy hooks and guest appearances. Brendon Urie from Panic gives a cameo on the second to last track of the brand new album. Although “Folie A Deux,” only came out last week, it has already made a solid climb up my most played songs.