Harris’ Song of the Week: America’s Suitehearts by Fall Out Boy 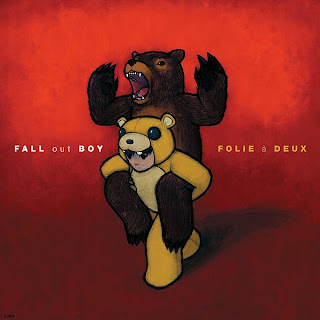 In a drastic new marketing strategy that has developed over the last few years, bands are releasing the “singles,” from their upcoming albums early via iTunes and other downloading sites. Fall Out Boy in preview of their long anticipated album ‘Folie A Deux,’ has not released one, but four of its singles ahead of the album release date.

This weeks single of the week is the fourth and final single to be released before the album. The track, “America’s Suitehearts,” will be track number four once the full album is available and to me this might be the best single ever put out by the group. This song is a great combination of catchy lyrics, great guitar riffs, and solid groove.

To me, this is the most promising single released off of this album to date. It has helped to build the buzz surrounding this album and will no doubt come along with a hot music video (eventually). One interesting thing about this song is that although it bleeds FOB in the vocals and drums, the songwriting and other aspects of the song, remind me of an All American Rejects, or Panic at the Disco song. Let me know after listening to this song if you agree or not.