Kanye’s New Album Mixes Rap with Emo (honestly who would want that???) 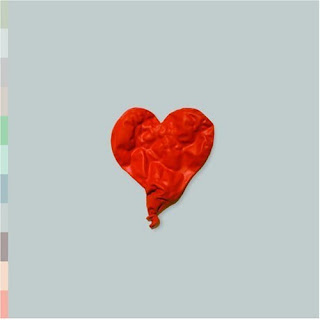 Kanye West has been on a media roll as of late. He just always seems to be just crazy enough so that everyone can’t stop talking about it. After he initially broke with his first few albums ‘The College Dropout,’ and ‘Graduation,’ he had been tearing up the road selling out shows with everyone from Lupe Fiasco to Jay-Z.

Over the past few months his family has endured huge tragedies including the loss of his beloved mother and the ending of an 18 month engagement. Given this, what else is a rapper to do but go EMO???

You heard it right. In his new album ’808′s & Heartbreak,’ he is singing for much of the album about all the downs in his life. It truly is raps version of an emo record. Someone should let Panic at the Disco and Saves the Day that there’s a new kid on the block.

The album opens with to me one of the worst songs Kanye has ever been involved in. “Say You Will,” is a 6+ minute song that is boring from the beginning through the end, even carrying into the next song. There are only two highlights in this album. One is “Heartless,” the second single off the album which is more like classic Kanye. The only other song worth listening to is “Paranoid,” which is a cool song that sounds like Michael Jackson meets Kanye West.

After those two songs, the rest of the album leaves something to be desired. Another track that might be worth a listen is “RoboCop,” for one reason only; it sounds like a Fall Out Boy song with Kanye singing. They overproduce the hell out of this song and it ends up sounding like many of FOB’s newest songs (with a rapper).

Overall this album is not worth listening to unless you have heard every other Kanye song and just want to hear what Emo rap sounds like.

Key Tracks to Check Out: Heartless and Paranoid
After these two tracks this album can be turned off, never to be heard from again