Everyone Loves Free Music (Yes Even Me) 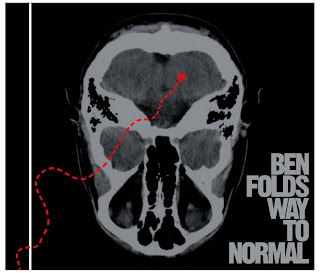 Anyone who knows me personally knows my views on illegally downloading music. All of these people also know that I have one exception to the rule. If the music is not made available to me to buy, then I am ok with downloading it illegally.

On this note I have some excellent news for Ben Folds fans. As many of you may know his new album, “Way to Normal,” was preceded by a planned “Leak,” of the album. This “Leak,” was initiated by Ben himself and consisted of fake tracks, which many fans believed to be the real tracks. Although this was an odd turn of events it was a really unique way to draw attention to the band.

As a big Ben Folds fan I have spent the past few hours trying to find the “fake,” album because after hearing some of these songs live, I wanted to have them in my library. Among the fake songs were: “Bitch Went Nuts,” “Brainwashed,” “Free Coffee,” and “Way to Normal.” The perceived title track, “Way to Normal,” was not actually a fake song, it was just an unreleased song.

Anyone who enjoyed the new album, or has seen Ben live and would like to own these songs should visit: http://www.wokeupwaytoolate.com/filedump/Way%20to%20Normal%20%27leak%27/

There you can download all of the fake songs and “Way to Normal.” As you can see above, the fake album even included fake album art. Oh Ben Folds you silly bitch.