Harris’ Song of the Week: Time to Pretend by MGMT 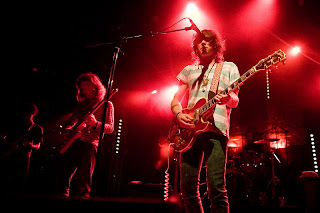 Some pretty crazy songs have been flooding my playlist army this week but this song just stood out above the rest. There’s something about catchy electronica and bands with letters, instead of words in their name.

MGMT is an electronic/alternative band from Brooklyn, NY that exploded onto the pop scene in 2008 following a few major commercial releases of this weeks song, Time to Pretend. Although the album was released in 2007, it wasn’t until 2008 when the song was featured in the popular movie “21,” and on shows such as the new “90210,” and “Gossip Girl.”

This song combines a rare breed of catchy lyrics, and a melody that could not be more catchy. You might find yourself humming this songs, hours after hearing it. Its the type of song that requires another great song to get out of your head. Lucky for you, I have a song of the week every thursday so it will only be another week of MGMT, and Time to Pretend, this weeks song of the week.