The College Dropout At 10 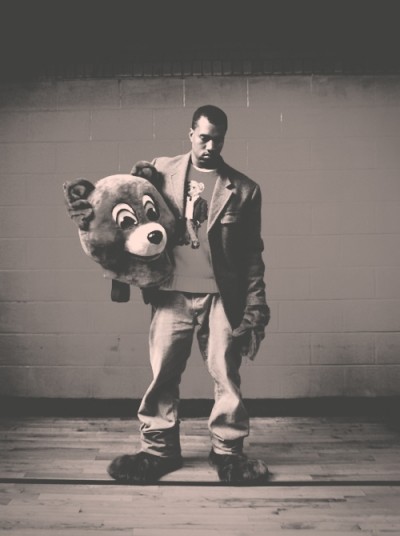 “Pink-ass polos with a fucking backpack, but everybody knows you brought real rap back” says Kanye on “I Am A God,” one of his latest genre-redefining songs. He is referring, of course, to the game changing image he put forth on his 2004 solo debut The College Dropout. This month marks the 10 year anniversary of one of the truly monolithic albums of recent memory. While the albums influence really can’t be understated, I would contend that The College Dropout is Kanye’s weakest record, which is to say it is a very good album, but doesn’t quite compare to his next five efforts.

The details of The College Dropout’s genesis are genuinely fascinating, and can be heard in full on closing track “Last Call,” but in short; despite his success as a producer, Kanye was unable to obtain a recording contract because he lacked the “gangsta” image labels wanted in a rapper. It’s important to remember that his break finally came in late 2002, a mere 6 years after Tupac was murdered, when 50 Cent was far and away the biggest rapper in the world. What no one at the time realized was that the classic “gangsta” era of hip-hop had ended around the time of The Blueprint. 50’s reign as king saw some great music, particularly from the south, but it stands out as a time of cynical wheel spinning by a hip-hop scene that had largely fallen into bland self-parody.

Releasing The College Dropout was a huge risk for Kanye and Roc-A-Fella Records. If it flopped it would not only crush any idea they had of shifting the rap zeitgeist, it could potentially kill the career of one of their most consistently bankable producers. Thankfully, they read the tea leaves correctly, and the public embraced the breathe of fresh air that was Kanye’s soul soaked debut. Reaching back to the native tongues backpacker ethos, Kanye brought a refreshing blend of fun, spontaneous energy with a deeper reflection on the bigger issues facing hip-hop and society as a whole. 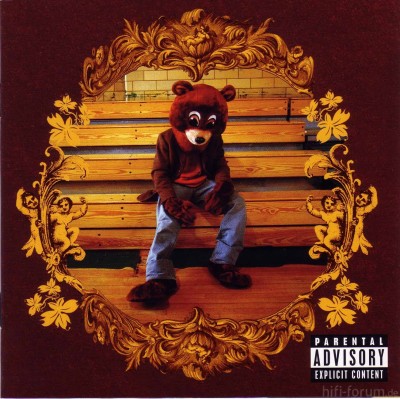 The album starts off on an incredible roll, with “We Don’t Care” rolling into “All Falls Down.” These two songs set the template for the record, cultural self examination set along to beats that perfectly integrate pitched vocal samples with original instrumentation. As the album continues we meet characters who are depressed by the racism and dead end cycle of retail employment, we hear Kanye rap about how he’s not supposed to rap about Jesus, then rap about Jesus, then turn it into a smash hit. The album contains a strong sample of Kanye’s original signature sound and points in the direction he was about to go.

While The College Dropout has justly earned it’s Classic status by sheer force of influence, it does strain more than his later efforts. The 21 track listing means exactly what you think it does, there are a few filler songs, and a whole lot of skits. Through the goofy but enjoyable “Breathe In Breathe Out,” the album is basically great (though “Slow Jamz” is really a Twista song, so I can’t count it’s considerable charms), but then things really take a drop in quality. Three skits break up the mediocre “School Spirit” and “Two Words,” and “Through The Wire” might be the one that started it all, but it’s story is more memorable than the actual song. Also if you’ve actually listened to all of “Last Call” in the past 5 years, you’ve had 12 minutes and 47 seconds more free time than me. All of this is to say that College Dropout is probably a four star album taken in a vacuum, and it speaks more to the depth of Kanye’s catalog that it is probably his weakest release.

Take a look at the current fashion and music of hip hop and Kanye’s influence is immediately visible, so much so that Kanye himself is currently pushing the genre away from his old ideas. Without The College Dropout, there is a chance Kanye’s rap career never happens. If that were the case, a whole generation of young artists from Lupe Fiasco to Frank Ocean to Macklemore and Ryan Lewis might still be looking for their break. Though it’s effects weren’t as overnight, The College Dropout might be the most influential album since Nirvana’s Nevermind, and while it’s creator may have eclipsed it’s quality with subsequent releases, it stands as a perfect introduction to the most important musician of the 21st century.