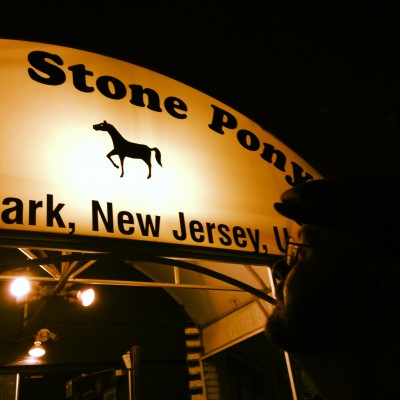 Unless you live in the New York/New Jersey area, there is probably only one thing you think of when you hear the words Asbury Park; Bruce Springsteen. Featured in the title of his first album, The Boss built his early career around his transformative live shows, and none were more transformative than the ones at The Stone Pony. Talked about in the same breathe as CBGB’s and The Whiskey A Go Go, The Stone Pony is considered one of the most important venues in Rock ‘n’ Roll history.

While Asbury Park is still a nice little beach front community, the renovated downtown replete with artisanal donut shops and faux-dive bars had me concerned that The Stone Pony might have gone the way of, well, most venues that survive long enough to become legendary. As soon as I entered the long, cavernous venue, my fears were put to rest. While The Pony has undergone renovations in the past decade, it absolutely maintains it’s status as a vital and necessary venue. It wasn’t the posters of legendary shows that did it, nor was it the refreshingly cheap drink and food menu. What makes the pony feel alive is the genuine scene atmosphere it cultivates. By keeping their prices low and maintaining a balanced mix of solid veterans and hungry rookies, it’s apparent right when one walks in that The Stone Pony is still a vital hub for live music.

If there was ever a band that represented the “if you sell out get the hell out” spirit of The Stone Pony, Against Me! would be that band. Against Me! made headlines in 2012 when singer and band leader Tom Gabel came out as transgender and changed her name to Laura Jane Grace. Their fans at the show embraced this bold, gloriously punk decision warmly and enthusiastic chants of “Laura! Laura!” were erupting even as opener The Sidekicks finished up their set. Once the band took the stage, a feeling of joyful relief took the room. 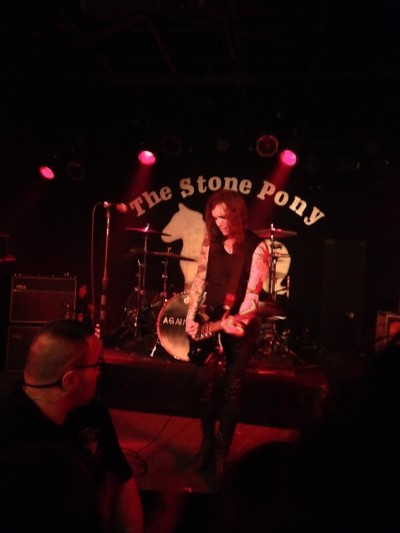 It was instantly apparent how free Laura felt to be playing these songs as herself, but beyond that her transgender status was matter of fact, as Against Me! played a blistering 20 song performance. The band tore through a set that pulled heavily from their first two album, while finding room for more recent hits. Against Me! were here to play for the fans, and the fans were out in force. The crowd went nuts from the moment the band took the stage, creating an explosive mosh pit that took up most of the floor. While the pit was intense and kinetic, there was a warmth and positivity as well. The crowd at The Pony was a great reminder that punk is about the positivity of the scene as much as anything else.

In 1975, Bruce Springsteen closed side one of Born To Run with “Backstreets.” A story song told from the prospective of an unnamed protagonist reminiscing about a lover named Terry, it doesn’t take much scrutiny to realize The Boss is telling a story of a clandestine homosexual love affair. At it’s core, Rock ‘n’ Roll in general and Punk in particular have always been about the idea that the shared experience of music knows no boundaries of identity, and that the unified scene should be all encompassing. For one night, watching Laura Jane Grace stand up on stage and be utterly comfortable as herself made me believe in that dream.