Opinion: Would The Stone Roses By Any Other Name Sound As Sweet?

During a recent appearance on The Colbert Report, Stephen asked The National frontman Matt Berninger what the story behind his bands name was. Berninger replied that it didn’t really mean anything. As he tried to expand on that statement, Colbert cut him off “no, that’s good” he responded. This got me to thinking, what exactly do we expect from the name of a musical project, and how do those names inform the listening experience? 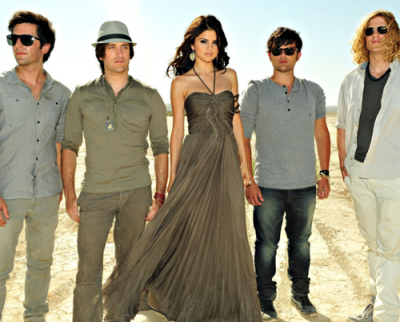 Is that Jon Hamm?

The Backing Band
Going back to the early roots of rock n roll, band names usually followed the pattern set by the big band and swing ensembles of the previous era. This meant that bands were seen more as supporting musicians for the frontman, so names like Bill Haley and the Comets or Buddy Holly and the Crickets were all the rage. This trend still survives today whenever a prominent front person wants to highlight the fact that their project is definitively a band. Whether it’s a pop act looking for some cred (Selena Gomez and the Scene) or an established rock act trying to look egalitarian (John Mayer and the I Have Too Much Self Respect To Look Up The Name Of John Mayer’s Blues Band) giving a name to a backing band is a tradition that doesn’t seem to be going anywhere.

The Clever Play On Words
To paraphrase The Simpsons “we need a name that’s clever at first, but less funny each time you hear it.” The ultimate example of this is The Beatles, who’s slight misspelling belies their prowess as a rock n roll band, as well as their deep love of insects, I guess. There was a rash of too-cute examples of this in the early-mid 80’s like Mr. Mister and Timbuk3, which if nothing else goes to show just how corny mainstream America was before it really absorbed punk and hip-hop.

The Intenchunelly Misspelled Band
During the deep dark winter of Rap Metal we all had to endure in the late ’90s and early ’00s, it suddenly became really cool to spell stuff weird. There was no real point to this trend beyond it’s own mindless self indulgence. Much like the music they made, Staind and Limp Bizkit were funny to laugh at, but annoying and kind of depressing to actually hear. 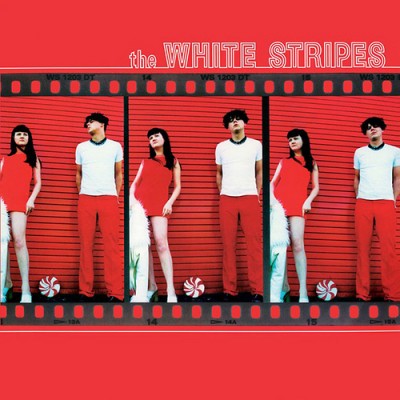 The “The’s”
This trend was one of the more bizarre coincidences in music history. In early 2000’s, several garage rock revivalists broke through to the mainstream at the same time. The Stokes, The Hives, The Vines, and The White Stripes were all lumped together and presented as a unified scene. While this provided a nice narrative, it was completely fabricated. Not only were the bands all over the place stylistically (really, try and imagine The Strokes recording “We’re Going To Be Friends”), they were also separated by thousands of miles geographically. Whatever the case, The Vines are probably still leaving messages on Jack White’s voicemail about getting together for a Nostalgia Tour.

There are a million more categories, but ultimately Stephen Colbert is right. The National are one of my favorite bands playing today, and their name has little to do with anything. It doesn’t inform their songs, nor does it change my feeling about them. Meanwhile there’s a good chance that Led Zeppelin is a terrible name taken out of context and The Black Eyed Peas is a pretty great one. Call a band whatever you want, if the songs are good it will sound great no matter what.