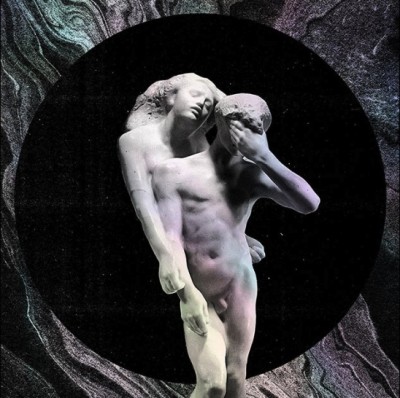 “Do you like rock ‘n’ roll music?” Win Butler snidely asks the listener at the beginning of “Normal Person.”  “Cause I dunno if I do” he responds.  Soon after that a yelping guitar line kicks in, the drums explode and Arcade Fire remind us of what they always were; a rock ‘n’ roll band. On Reflektor, they embrace the groove and turn in a double album of propulsive yet moody dance rock.

A shift towards the dance floor may seem like a bizarre move for the perceived art school shut ins, but truthfully they have been making covert dance music their whole career. “Neighborhood #3 (Power Out)” has the industrial pound of a classic house beat, and “Sprawl II” presaged the full embrace of disco heard here.

As the title track breathes open with a steady high hat driven beat and horn swells, it’s clear the time spent in James Murphy’s studio (who also produces three songs) wasn’t just spent catching up on old times. From the fuzzy analog synth loops to the wall of sound crescendo, it sounds like vintage DFA, which is to say it sounds like vintage disco and punk with 40 years of added prospective.

The first disc of the double album is the more immediate of the two. The songs are all fast and heavy, and have an urgency that can be exhausting at times. “While Here Comes The Night Time” is a lovely mid-disc breather, it can be an overwhelming experience. This isn’t necessarily a negative, all of the 7 songs are good, and several are great, but there is a fatiguing effect to it.

On the second disc, Arcade Fire really let themselves stretch. The world is littered with double albums that follow this pattern and never come out the other end, but that is hardly the case here. By allowing the tempo to slow, they are able to really draw out some of their best ideas.  ”It’s Never Over (Oh Orpheus)” and “Afterlife” are both album highlights, instant classics that remind of what this band is capable of, while also reminding us of how innovative and new they can still be almost a decade into their career.

I’ve written before about how Arcade Fire will probably never outrun the legacy of their first album. While that probably remains true, and it’s unlikely they will win another long shot Album Of The Year Grammy, Reflektor may just be their best effort since that Funeral. They have a clear sonic vision on Reflektor, and by enlisting the help of an old touring buddy who happens to be an expert on that sound, Arcade Fire have reinvented their approach while maintaining the core elements that have always defined them. 2013 has been a year full of old pro’s living up to lofty expectations, we can add Arcade Fire to that list.