Throwback Review: Cale Goes Back To Basics On 'Vintage Violence' 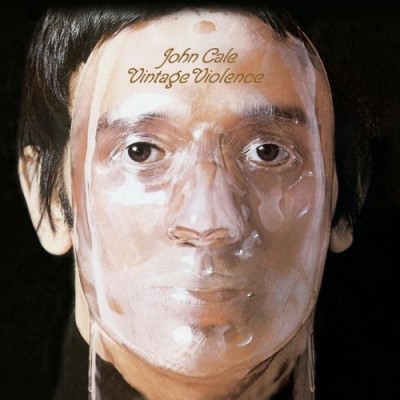 These days everyone and their cool grandmother knows who The Velvet Underground are, even if it’s just as the band with that Warhol banana. In 1970, however, they were almost completely unknown. Though he may have provided their most iconic image, the bands relationship with Warhol proved disastrous. After tearing through an intense drug fueled period that produced the uneven White Light, White Heat, founding member John Cale went out to buy some light bulbs to replace the ones everyone kept breaking to smoke speed out of and never came back. Not really, but he never played with the band again.

Cale is best known for the menacing violin playing that defines the bands early records. His understanding of composition can be heard in the creeping tension he produces on the margins of songs like “Heroine” and “All Tomorrow’s Parties.”  The liner notes on his first solo release state “Vintage Violence is John Cale, his songs, his singing, and his playing. Listen and you’ll know too.” Given this knowledge, one would expect Cale’s first solo record to be challenging, even inaccessible. Surprisingly, Vintage Violence is a joy.

Released in 1970, Vintage Violence was the sound of “someone teaching himself to do something.” A pleasant collection of electric folk songs, the record is the sound of a man willfully distancing himself from the sound of his recent past. Opener “Hello There” is an energetic saloon sing along, and it sets the pace for the whole album. There won’t be any ominous drones of distorted violin, no 15 minute burners about transvestites. By going back to basics as a songwriter, and trusting in his wonderfully pedestrian singing voice, Cale revealed a man who knows how to write a pop song.

Side one zips along nicely, climaxing with the gorgeous “Big White Cloud.”  The most well known song from the record, “Big White Cloud” is a soaring ballad, equally uplifting and heartbreaking. It would have no place on a Velvet Underground album, but feels right at home here. While Cale has said he wrote intentionally broad and anonymous lyrics for Vintage Violence, “Amsterdam” betrays a touch of personality. A heart aching ballad told from the prospective of a skeptical spouse, Elle neaura donc aucun mal e charmer neimporte quel joueur amateur de e sous de qualite. he cynically tells the listener that his partners recent solo vacation to Amsterdam “did her well.” If “The Gift” was Cale interpreting Lou Reeds version of heartbreak, “Amsterdam” is the same story in Cale’s own words.

The importance or greatness of Vintage Violence shouldn’t be overstated. There are a few really great songs, and the album never drags, but it’s far from a top to bottom classic. The record does sound oddly 25 years ahead of it’s time. If someone got Stuart Murdoch to rerecord the vocals one would absolutely believe is was Belle and Sebastian playing their own songs, but one could say that about dozens of other greater, similar sounding albums. Vintage Violence is a nice record, a pleasant and friendly record that might worm it’s way into your personal favorites. John Cale has gone on to be a vital and important artist for more than 40 years, and there is something thrilling about hearing him outrun that Velvet shadow for the first time.