Review: Chvrches Debut Lives Up To The Hype 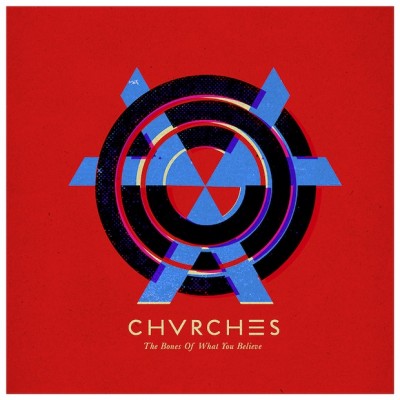 It wasn’t until my third listen to “We Sink” that I realized how menacing the chorus of “I’ll be a thorn in your side til you die” was. That might sound surprising, but when a band creates one of the catchiest, most instrumentally uplifting electro-pop albums of the year, it takes a few listens before one feels anything but joy engaging The Bones Of What You Believe.

Stories About Getting Back Together With Your Ex

Forming as a trio in 2011 from the ashes of Aerogramme and The Twilight Sad (two bands well worth rediscovery), Chvrches have gotten a lot of press in the past year. After releasing their debut single “The Mother We Share” in September 2012, they rocketed to the top of the buzz pile in the blogosphere. Unlike countless other blog obsessions of the moment, Chvrches didn’t unravel. They hit the road and gained a reputation for tight, uplifting live shows. Now, a year after their first official single, Chvrches have released one of the most assured and enjoyable debuts of 2013.

The album starts off with “The Mother We Share,” and despite being a year old, the song sounds as new and urgent as ever, getting a contextual boost as the opening statement track on The Bones Of What You Believe. Taking cues from Chromatics, Robyn, and various other purveyors of mature, sophisticated synth pop, Chvrches create a concise and consistent record that never outstays it’s welcome.

The band seems to realize the inherent sonic limitations that come from dealing exclusively in keyboards and drum machines. Rather than try to push out of their comfort zone, Chvrches spend the album in their wheelhouse, giving us 12 tracks of catchy, memorable synth pop that never strays too far, but offers enough variation to keep the listener engaged throughout. The secret weapon here is the enchanting voice of singer Lauren Mayberry, showing impressive range, and a knack for vocal inflection, Mayberry adds a personality and identity to Chvrches that many other acts of their genre are sorely lacking.

The Bones Of What You Believe certainly doesn’t reinvent the wheel. The popularity of airy synth pop like this has been building in the past few years, but what sets Chvrches apart is their ability to craft a great song. Whatever the genre or instruments, songs are only as good as the song writers, and here Chvrches has proven they have the writing chops to stand out. Bones isn’t the album of the year, and for those who don’t care for synth pop, it will do little to convert them, but debuts as confident and enjoyable as this are few and far between. We can only hope that The Bones Of What You Believe is the first of many great records this band has to offer.