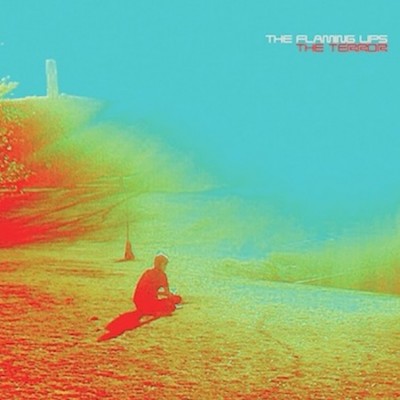 Attention people who dream of visiting the moon, or dancing with aliens on the lunar surface of Mars. I have the passport into the vast, strangeness that is outer space. It will cost you the price of whatever form of music you choose to PAY FOR via The Flaming Lips on their new record titled The Terror.

On The Terror, we’re greeted with a sonic weirdness, so over the top and layered that only The Flaming Lips could have masterminded such a feat. The catchy car jingles that bought the members houses from their Yoshimi Battles The Giant Robots era are nowhere to be found on The Terror.

The Terror is kind of all over the place, but yet confined to it’s own universe that only the band in question could have come up with something like it. 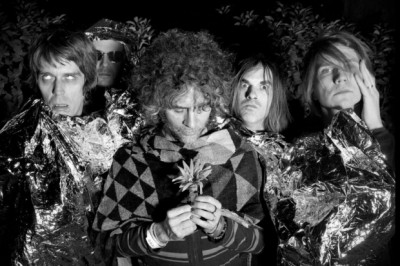 “Look…The Sun Is Rising,” is an odd, choppy yet catchy song with vocals that aren’t quite radio friendly. Yet someone with no taste could grab on to them without much trouble. While there aren’t any swinging hooks this time around, the density reigns supreme, there is a fat, overlying persona that’s pleasing.

While The Terror may be chaotic in some points with beats, and patterns that almost seem self serving, and never ending, on a whole, The Flaming Lips have made such a hard record work for an everyman. “You Lust” is a bit long, and somehow finds itself in the self contained miasma it’s created with so much obtuse randomness.

The Terror isn’t exactly a party record people can put on and drink beer to, but it could absolutely serve as a soundtrack to an epic drug binge or one of those scenes in a movie where the chick snorts a hogger off a mirror, and goes all eye dead like Pulp Fiction or Requiem for a Dream. Yes, that’s a good way to think about The Terror, moments of this album could have easily found themselves in a drug movie. Think a more contemporary Trainspotting.

If you’re the “Chasing The Dragon” type, it’s got you covered. The title track has a hip hop lean, but of course manages to get super creepy instantly. Wayne Coyne doesn’t go all Charley Tuna or Black Key’s Blackroc record on this one; rather, it’s an ethereal, cloudy letter into someone’s brain complete with 8-bit pops and squeals.

The Flaming Lips continually find ways to separate themselves from anyone in the game, and are in that vaulted area reserved for the likes of Radiohead, and Sigur Ros – which isn’t exactly shabby company to keep. At this point, The Lips are firmly cemented as the weird uncles of poppy, trancey music that makes it truly fucking hard to review because it’s so weird, but really, so good. The Flaming Lips are winning.