Opinion: Lil Wayne Is The Most Overhyped Rap Artist Of All Time 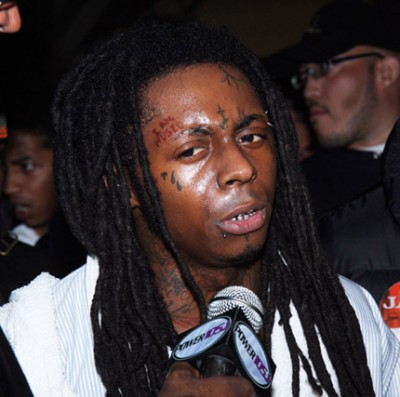 Lil Wayne is the king of everything pop culture related these days. After his seminal album “Tha Carter II” the world has had a raging boner for all things Lil Wayne, and no amount of cultural, bedsheet tearing sex appears to mitigate that hard on, anytime soon. From relatively successful rapper, he went to megastar fame with his biggest hit “Lollipop” staying a number one for a mind-baffling amount of time.

The guy pretty much bleeds music; writing and recording a ridiculous number of songs over the past 15 years, and guesting on just about anyone except The Wiggles records.

He’s been a multimillionaire since he could drive a car. He has like 10 kids, diamond studded teeth, and is worth more cash than Peyton Manning. He’s been on everything from hardcore hip hop records, to lame pop songs where he obviously felt like buying a new house with the money a record company forked over just to have the goblin spit a few Caucasian pleasing rhymes for the radio hungry masses. This dude is inches away from being on a Mountain Dew can. People LOVE Lil Wayne, like seriously dorky people even love him. From scary looking dudes that look like they’re the one’s who killed Tupac, to bracefaced teenagers in Middle America suburbs who would shit their pants if they saw a black person in their white bread ultra secure gated communities, all of these people want to drink Lil Wayne’s sweat.

He’s that popular. Black, or white, he speaks a gibberish language to a slew of people that rest on every nuance and suggestion he might make. And as the smoke pours out of his mouth, or he flips out over the next exciting sporting tragedy (he’s an impassioned sports fanatic), people will be be on hold, waiting for him to grant them access to The Next Big Thing. I mean come on, Lil Wayne gave the world Gucci Mane, and millions people think that dribble lipped convict is actually talented. If someone is capable of that much power, he’s pretty much infallible.

The great debate about Lil Wayne is that newer scholars of the game of Hip Hop consider him the best, while the elder, and clearly correct opinion is shared that that dubious title belongs to one, Sean Carter, AKA Jay Z. We’re not here to continue that discussion, because, it’s clear that “Weezy” can rap has ass off. That’s not an argument coming from anyone, that’s a fact. The dude is a monster, a little weird looking one, but nonetheless, a extraordinarily talented midget. Weezy is not perfect. I have proof. One his new mix tape “Sorry 4 the wait” Lil Wayne attempts to drop a batch of forgettable tracks upon the heads of those minions of people so eager to run out and download, click and buy whatever it is that he’s promoting, well except his rock record….no one bought that.

“Sorry 4 the wait” seems hamfisted, slap dash, a collection of songs with horrendously bland beats, and no fire. The feisty effort “No Ceilings” produced a few hits that actually made it onto the radio, and showed a side of Lil Wayne thought to have rotted away while locked up in jail. “Steady Mobbin” was an anthem. It was dangerous, tight and showed some serious chops while creating a shinobi sharp aptitude for making “fuck these bitches” seem like a plausible anthem while talking about a house so big he had 10 bathrooms to “shit all day”.

“Sorry 4 the wait” has none of these things. It sounds like a weak imitator that so much litter the Hip Hop community, and had anyone else made an attempt at trying to sell this record, it would be sitting in the trunk of the owners car patiently sitting next to the spare tire, and can of fix a flat.

“Throwed off” features some hack named Gudda Gudda, and is pretty much the definition of a waste of space, and album filler. The beat is cheesy, and the aforementioned hack, is a terrible rapper. Whomever the favor was owed to let this cat rap on the mix tape, I hope that was some epic shit. Like, Hangover, life saving, tiger in the bathroom type stuff, cause man, this guy sounds like he’s got a few lessons to get through before his middle school will allow him go on tour. 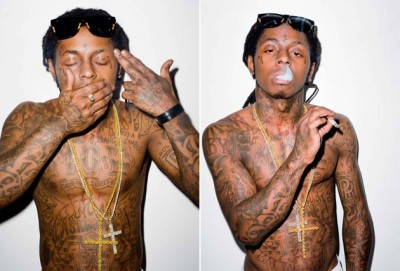 “Gucci Gucci” isn’t even Lil Wayne’s beat it belongs to that strange white chick, Kreayshawn (WTF kind of name is that?!) that raps about purses and shit. She also thinks she’s cool because she refers to black people as “niggaz”. Honey, that’s cultural no no 101. You’ll end up slapped you keep saying shit like that. Back to Lil Wayne, the original version is better. Sorry, but true. She talks about totally banal, moronic stuff, but that little chick can rap her ass off, and sounds better doing it, too. The hook about Lady Gaga just SUCKS.

(Side note: What the fuck is up with the lighters flicking before everything?)

Marvin’s Room is pretty much the stupidest thing I’ve ever heard. And being a critic, I have heard some stupid songs. Who drives around listening to this? Really? Lil Wayne sounds like he’s smiling the whole time he’s rapping, just knowing some hick in the middle Arkahoma or wherever will be gobbling this up, knowing how stupid the track is. Again, we’re back to the Pepsi can thing.

I understand the advantage of the mix tape is to showcase his ability to freestyle over a few currently popular tracks, and let the results lie where they may. In the case, of “Grove Street Party” the verdict is clearly in favor of it’s originator Waka Flocka Flame. His delivery to the track is solid, and a certified club anthem, Lil Wayne’s take on it just seems forced, and is ultimately uninteresting. Luckily for him, he was smart enough to tackle the year’s most retarded one hit wonder “Racks”. The song features a crew of dudes who rap while being autotuned, so in any case, NO ONE has any idea what the hell they’re saying. They sound like if Pitbull had down syndrome, and mated with Will.I.Am. to get the desired effect of the vocal melody of that song, so, Weezy wins that round.

Finally, we end on “Sorry 4 the wait” he seriously tried to rap over the magnificent Adele’s “Rolling in the Deep”. Words cannot describe the audio turd that has made a colossal splash that could rival Hurricane Katrina. It’s that awful. What’s worse is someone, somewhere loves this. Really. Lil Wayne needs to step his game up, a display this soft only proves the original point of you can’t compare the ear screwing audacity that is “Sorry 4 the wait” to anything in Jay Z’s catalog, not even “Kingdom Come” and that record needs to be burned so it doesn’t infect you with terrible.

Wayne, you’re gonna lose them potential McDonald’s ads, or whatever it is that you’re cooking up next. People are listening, and the Internet is a powerful thing, my friend. I like my Big Mac’s without the suck.