The Zac Brown Is The Lamest Band In The Country Land

For the record, The Zac Brown Band is the lamest hokiest shit, ever. The song “Chicken Fried” is the exact song that makes people look down on modern country music. There is absolutely zero substance to the music. The lyrics are complete garbage, as provided here: 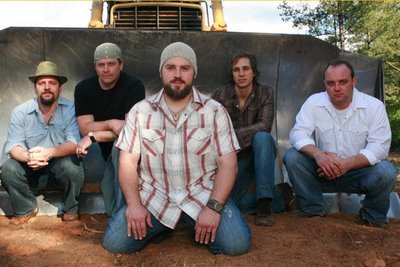 Well, I’ve seen the sunrise
See the love in my woman’s eyes
Feel the touch of a precious child
And know a mother’s love

Salute the ones who died
The ones that give their lives
So we don?t have to sacrifice
All the things we love

If this didn’t play on American sensibilities to the most reptilian level, I don’t know what does. It pays homage to the easiest, relateable things on the simplest level and it bears no shame for it. It’s a bunch of hokey good ole’ boys who are back slappin and “sangin’ some bullshit” about stuff that people really enjoy.

This is one of those bands who play into this false ideal that every Friday night a good ol’ party is just waiting around the bend. Who really lives like that? No one. This is trite music with no soul made for people who have less than nothing to look forward to every morning when they get out of bed and hear their children screaming, and realize their lives have been one big illusion to something bigger, or greater when in all actuality, it meant nothing. It’s not “fun” it’s down right disturbing. The pretense of what the song is actually promoting isn’t a livable life, it’s a slapdash inference on a lesser people’s lives.

The video for this audio offense, is basically a slew of Republican’s hugging one another and BBQing with babies while dancing in the yard. Cause that sounds like an awesome party. There are extensive shots of people’s ring fingers as well, to promote heterosexual marriage.

It also features a fiddle solo.