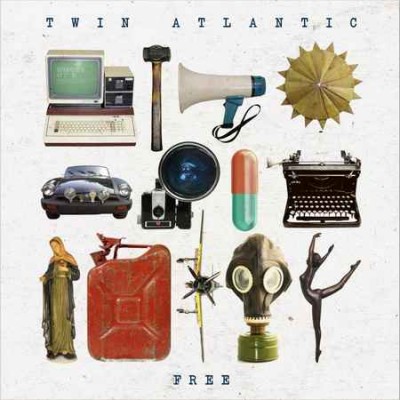 Twin Atlantic must have been busy listening to a lot of 90’s rock records when they were in the studio recording their newest album “Free”, because the record, as a whole is like one large throwback to something that was plastered on the radio in alternative rock’s heyday. The record oozes an influence of bands like Nirvana, Soundgarden, even the 90’s punks like Green Day, and Offspring. The main similarity is that it’s coated with the throwaway one hit wonders that fill up BEST OF…. Collections found on infomercials or at your local Walmart that feature artists like Nada Surf, Veruca Salt, or Matthew Sweet. That signature, open ended guitar riff, and the distorted bass of that musical era are everywhere on “Free”, so much so it makes breaking out the cardigan sweater and a Walkman seem almost plausible.

That’s not to say this is a sonic slam dunk; but it’s an intriguing concept for a band so mired in the emo culture, that those who know their music either adore them, or unconditionally loathe them. This album won’t be wining over droves of new fans to either side. It’s heavy on the rock, with a few dramatic moments that drive the heartbeat of their sound, but the band is clearly channeling something entirely different than personal pain this time around.

“Free” isn’t breaking any new musical barriers or creating mass mayhem in the record stores. Kids aren’t going to set out to copy their sound, but it works on the basis that it’s a straightforward rock album with extensive, radio friendly, unit shifting hooks. (See what I did there)

“Eight Days” features some signature rock radio guitar riffs coupled with a driving beat, but the voice behind it, makes for a hard listen. 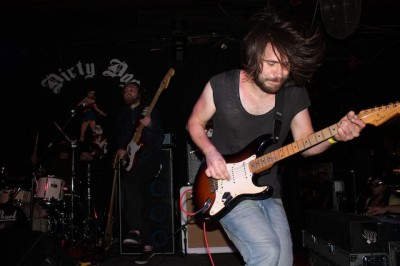 Twin Atlantic at SXSW in Austin

There are a few hard to swallow moments with singer Sam McTrusty’s vocals reflecting deeply on his heavy Scottish accent that are hard for the average American listener. This can be a bit taxing while trying to lose yourself in the music.

There are other moments where it feels like the music disconnects with itself in terms of where the piece is going.

Songs like “Dremember”, and “Yes, I was drunk” are throwaway tracks that muddle the record more add to it’s sonic layers. The tone of the album isn’t one of sorrow, or malaise, but more it seems an unopposed, fun sound that Twin Atlantic are comfortable with exploring. “Edit me” and “Apocalyptic Renegade” are solid rock fist pumpers that are the meat of the record. They’re classic drive fast, beer drinking songs with a little flair and lots of punch.

While they’re not recreating roots rock and roll as The Gaslight Anthem is currently up to, Twin Atlantic are proving their a viable band, and could be found in a positive light, if you can get past that damn accent.