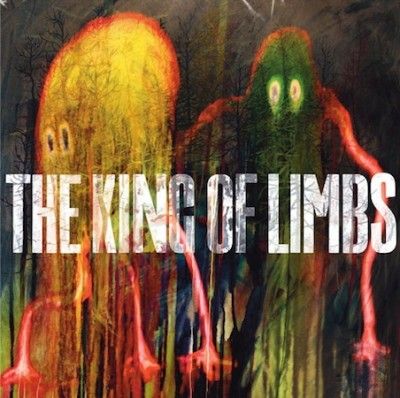 "The King of Limbs" by Radiohead

My sister recently brought me a bottle of liquor from China called Fen Chiew. It’s bottled in a ceramic vase of sorts that is decorated with cherry blossoms. It is 53% alcohol (i.e. stronger than usual) and the taste is reminiscent of the smell of rotten flowers. I also recently tried a Jamaican Pot Still rum called Smith and Croft, which is 57% alcohol. It had a very similar flavor of rotten flowers.

This idea of concentrated distillations tasting like rotten flowers is a nice jumping off point to talk about Radiohead’s new release, King of Limbs. However, I’m not going to torture the metaphor through the whole review, so just keep it in mind. With a runtime of 37:24, the album is the shortest release to date for the boys from Oxford. And let’s be honest, they aren’t really boys anymore. As we see in the video for “Lotus Flower” Thom Yorke looks like a distinguished gentleman these days. He’s let his hair grow out, and his beard is starting to show some patches of grey. He wears a black bowler hat, and he writhes and spasms in a dance of choreographed ecstasies.

That dance, with it’s flailing of limbs, clues you in to how important metaphor is in the concept for this album. You can even see it on the cover art: two creatures reminiscent of The Brain from the Planet Arous, their limbs glowing pink, and then the lettering, which acts as a matte exposing a tangle of tree limbs. So, animals and plants both have limbs. Moving on.

The first four songs each bring to mind visions of sped up scenes from a nature documentary; the sun traveling all the way across the sky in mere seconds, blades of grass shooting up from the ground, starfish rushing across the ocean floor, or a flower blooming. These shots are always a pleasure to watch as reminders of how even things that seem static to the naked eye are actually in constant motion. It’s as though these songs intend to envelop the listener in their slowly creeping limbs.

“Lotus Flower” is the lynchpin of the album, where it blooms before falling into rot. Then follows the borderline suicidal decay suggested by “Codex,” and the hopeful dirge of “Give Up the Ghost.”

And then the last track, “Seperator,” which kind of throws me off. It reminds me of that most tired of literary devices, ending a story with the protagonist waking up and saying “It was all a dream.” With all the lyrical allusions to magic and ritual, it is fair to call this whole album dreamy, but then why wake up the listener? If it’s trying to justify itself, it ends up doing just the opposite. Methinks they had to fill up some space at the end of this album, or it would have been too short to even call an album. And if it was just an ep, the newspaper edition wouldn’t have been at all justifiable.