Opinion: James Franco Is My Man Crush and I’m Ok With It 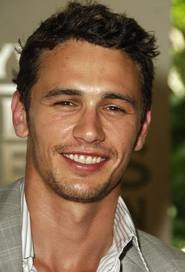 I know how gay this all sounds, I truly do. I’m a 29 year old, supposedly straight guy. I don’t want to meet my man crush or stalk them into illicit sexual activity in an alley somewhere; it’s just a dude that I think is super awesome and totally support the endeavors they choose to get involved in. Most dudes do it with rappers or sports icons, or guitars players, etc so don’t judge me. With Justin Timberlake keeping to himself in a post “Sexy back” universe, I had to move on. I had to find a new dude to take an casual interest in while I still exist in this landscape of pop culture obsessed reality. Recently, I’ve discovered the new guy I genuinely like is James Franco. The dude is legit and proves it with some pretty ballsy roles in his acting choices all while championing a smart, social doctrine.

Franco makes his money with the over the top blockbuster type stuff, but what he also does is balance his artistic side with equal box office clout. “Howl,” the film about Alan Ginsburg’s struggles with his epic and ideology-changing poem, showed Franco in a way that being the villain in some Spiderman movies couldn’t. “Milk” the socially needed biopic about the ridiculous stigmas about the gay culture, also shows Franco as an actor who chooses roles out of belief in sound art instead of fast money. Sure, he was in “Eat, Pray, Love” with Julia Roberts, but you know what? He took the earnings off that film and bought the right to a dozen books that need to be made into movies. You know something forward thinking instead of re-making “Karate Kid” or “Nightmare on Elm Street.”

Freaks and Geeks alone is worth multitudes of cool points. Franco is a creative writer, a performance artist and in his new film “127 Hours” Franco portrays a guy who had to carve his own arm off. That’s pretty heavy. I respect that Franco is willing to take some risks by appearing in full drag on the cover of Candy while being on the covers of Out and The Advocate, two perennial gay culture magazines. I respect an actor who isn’t scared to admit that people are different and will take roles that other actors would be too scared tarnish their “image.”

When everything around us is compromised for singularly PC purposes, it’s gratifying to see someone who clearly doesn’t care what people think and let’s his body of work speaks for itself. This is James Franco is my man crush. Yes, I felt tremendously, extremely gay writing this.