April Smith And The Great Picture Show; Bringing Reality Back To Music

For me, as a critic it is rare that I get excited describing an artist’s sound because the style is hard to explain without tons of labels and piles of pretentiousness everywhere. April Smith and The Great Picture Show is one of those rare treats when musical labels are thankfully defied, and the music speaks for itself in divine, full Technicolor.

The Great Picture Show’s songs have balls. They have a beer and shot soaked swagger that ooze recreational drinking with some filthy sex layered on top as an added “cherry.” Smith’s vocals are tongue in cheek while purveying Mike Patton-esque brilliance that allows the listener to feel a little extra sleazy, and it works like a fine tuned grisly comic-cum-pornographic amusement machine. 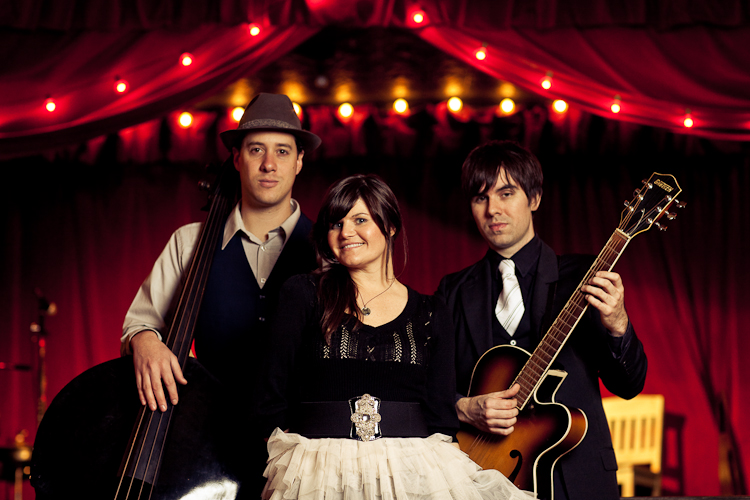 On the track “Terrible Things” there is a sense of taboo wrongness, but the atmosphere is dangerous and leaves some grit under the fingernails. Smith is sexy, but she doesn’t need it as a crutch to sell the music, the carnival sounds emitting from every angle do it for her. One moment it feels like Chris Issak, but the next it’s like a campy burlesque routine. Chaos ensues through the music and it never disappoints.

Even the video for “Terrible Things” is impressive. It has zombies. Smith sings while grinding human meat, all while keeping a toothy white smile on display for all to see. All that’s missing is a twinkle in her eye. Now, that’s cool in an age where everyone is trying their hardest to be the next person who’s “Internet Famous.”

“Wow and Flutter” is more of the same odd musical mayhem; things are getting clanged together while an accordion is getting squeezed in the distance. There is a kazoo solo. Who the hell has a Kazoo solo?!

It’s new, but sounds like parlor music. There’s something haunting and vaudevillian about Smith’s and Co.’s approach to their music. It entices and draws images of sad clowns drunk at the end of the bar with dirty grease paint stained on the edge of the bottle while a cheap local whore whispers naughty things in his ear.

“Songs for a Sinking Ship” is a terrific album that deserves a sincere listen for anyone who considers themselves an eclectic audiophile because this album will find a congenial spot next to your Whisper in the Noise and Flaming Lips records. Go see her before she blows up and you’ll have to pay arena seating while you can still see her for the price of a couple of PBR’s.