A lot of people hate Kanye West. I’m not one of them. In fact, I’ve been waiting for his comeback from the second that he decided to step out of the spotlight. Yeah, what he did to Taylor Swift was kinda messed up, but he was drunk- and let’s face it, we all do stupid shit when we’re fucked up.

After watching the VMAs this year, I really wished everyone would just get over it already. And do you know why? Because what Kanye did last year was newsworthy. It was exciting. Sure, it was terrible, but it got people talking for an entire year. At this year’s VMAs, all they talked about was what Kanye did last year. They knew the VMAs would suck (like they always do the year after something big happens), so they attempted to relive that moment all night long. I almost hoped Kanye would do it again. Picture Kanye stumbling on stage bottle of Remy in hand, ripping a chunk from Lady Gaga’s meat dress and slapping Ke$ha in the face with it. That would’ve made my life. And, it sure as hell would’ve made the VMAs a lot more fun to watch. 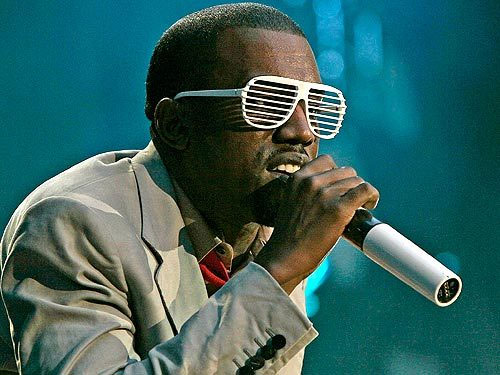 I’m not saying what he did was right. Kanye West is an asshole. I’m the first to admit it. Some people say he’s racist. Maybe he is. But the fact is, Kanye West is a star. Being infamous just makes him more fun to watch.

This is the reason that he has over a million followers on Twitter. People want to know what he is going to do next. It’s also the reason why Yankee Stadium went completely insane when he walked out on the stage to join Jay-Z. Everyone secretly loves the asshole.

Look around at your group of friends. We all know and love the douchebag in our group. They’re the person that says what everyone is thinking, but wouldn’t dare say out loud. The most popular people in high school are always the biggest jerks. Look around. The world is ripe with douchebags. And throughout history, the biggest assholes have been some of the most famous. Basketball has had it’s Dennis Rodmans and Alan Iversons. Football has T.O. and Ray Lewis, among many others. Hockey has Sean Avery. Baseball has Manny Ramirez, Barry Bonds and A-Rod. Scientologists have Tom Cruise. It was the Joker that made the “Dark Knight” what it was, not Batman. Everyone wants a villan in their lives. We all need a scapegoat.

I’ve come this far and I haven’t even mentioned Kanye’s music. Every one of his albums have been game changers and he’s been pushing boundaries from the very beginning. Everyone talks about what Kanye did to Taylor Swift at the VMAs. What he did was make her 100 times more famous. She should be thanking him. But what about the year before, when he wrote “Love Lockdown” just days before his 2008 VMA performance so that he could close out the show with something new? That was newsworthy, exciting and no one even remembers it.
Billy Joel once said “I’d rather laugh with the sinners than cry with the saints, sinners are much more fun,” and I completely agree. So, here’s a “toast to the douchebags, toast to the assholes, toast to the scumbags, everyone of them that I know.” Welcome back Kanye. The world wouldn’t be the same without you.