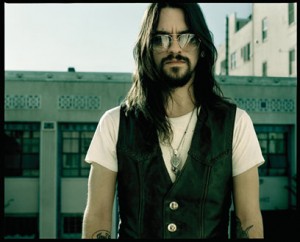 Shooter Jennings has had an intriguing life, to say the least. From being the spawn of famous parents to marrying an actress and releasing a few albums talking about it all in the process, he’s had a lot on his plate. On his earlier records, like “The Wolf” and “Put the O back in country” Shooter assumed the role of “Outlaw” that his father, Waylon left vacant after his death. Aside from a minor hit in the song “Southern Comfort”, Shooters career has been a gradual rise to the place where people assume his namesake to take him and there, in lies the problem.

Shooter Jennings is not a country artist as much as he is pretending to be one. Country, to him is safe and casual; he grew up mired in it. It’s like an old pair of shoes that seem right. Shooter, you are too large for those shoes, and you have proved it.

On his newest album, “Black Ribbons” the scope of music was bigger than anyone could have imagined Waylon’s boy had in him. “Black Ribbons” is an understated masterpiece. Look around the Internet for reviews on it, you won’t find them. Where was Pitchfork with their massive power of super-stardom reviews to magnify Shooter into the arms of monolithic tour dates and throngs of fans? This album certainly was right up their alley, and they missed it. Everyone did.

“Black Ribbons” is elegant and intellectual. It has 20 tracks of superb anger and cross-genre mastery that people “in the know” should have picked up on. From the blazing stoner rock, riffage of “Wake up!” to the sheer old school hillbilly meets Nine inch nails of “California via Tennessee” there are moments for everyone on the record.

The eerie moments of Pink Floyd-esque guitar work shows how beastly the man behind the aviator shades actually is. The message of the cards featured inside the record is clear as day and it drives a nail through your heart and mind. Everything about “Black Ribbons” is moving. This record should be in the hands of everyone who claims to love Johnny Cash while wearing a Queens of the stone age t-shirt, the kinds of dudes who can explain what “stoner rock” is in one sentence or less. And this is where my beef with Shooter is.

A few nights ago, I had the pleasure, sort of, of seeing Shooter and his band Hierophant in New Orleans. I was massively excited for this show and was quite let down by the lackluster, phoned-in performance. The music was there, in the sense that they performed it well, but in terms of energy, it was a flat, and bland with nothing but fumes in the tank.

The set was a mixture of songs from his previous albums and a few tunes from “Black Ribbons”. The other songs are OK at best, while the new songs, are vast and multi-layered sounds of restless, over-your-shoulder trepidation that drive excitement. The slow singer-songwriter vomit, we’ve all heard since people could strum an acoustic guitar is not the same animal. It’s like knowing you could be scoring with a Playboy Bunny, but instead, you’re nailing the girl from the bar. It’s just not the same. 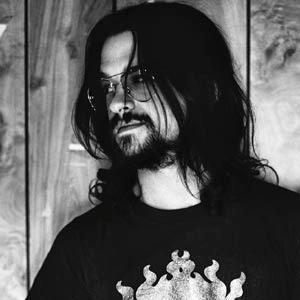 Expecting to hear “Black Ribbons” in its entirely, did not happen. First off, why isn’t Shooter and Co. touring with the likes of Torche’ or Kylesa or The eagles of death metal? Why isn’t he playing weird songs with Josh Homme on the next desert sessions album?

The songs on this album should be played for people who would be in the crowds at things like Chicago’s RIOT FEST or even Bonnaroo. Playing with another humdrum country band is not going to cash the rent checks. Sure, the opening band was alright, but Hierophant needs to be seen by a whole different audience, not pseudo-country rock fans.

Hierophant should be on stages where kids with free musical minds are hearing the absolutely crushing riffs that he is capable of. The country stuff is potent, I guess. But it is nowhere near the voice or the strength of what his vision is. His allowance of letting that creep back into his set, and in a prominent position is showing his vision isn’t in the right hands in terms of market.

As a music journalist, this is my plea to Shooter Jennings: you have written an album that people want to hear. They just don’t know about it. I could not stop talking about “Black Ribbons”. From the packaging to the songs, it’s a statement that needs to be heard. Do not shortchange the listener by thinking “people aren’t reacting to the new stuff”. Quit playing for strictly “outlaw” audiences.

Dudes in Kyuss or Pixies shirts drinking PBR are way more likely to nerd out over your sound. Get on some rock tours, play the small clubs and build up. People deserve to hear this album and, however you’ve gotta make that happen, it’s your cross to bear. I can’t say many records move me like “The downward spiral” has and but, I can say “Black Ribbons” did. I don’t know many people who listen to country, but I sure as hell, can tell you some dudes who HATE it, love that record as much as I do.

If you’re on a high horse, get off it and start hitting the El-cheapo tours with the bands of tomorrow. You have to. Selling out the artistry you’re capable of because these country tours suck, is doing nothing but spitting in the face of the astonishing record the RIGHT kinds of people are not hearing. Fix this problem, now.

For everyone else, go out and get this “Black Ribbons”, legally or not. Burn it and send it to everyone you know. When it blows your mind, go see them live and buy a t-shirt, then buy the band a round of shitty beer, cause if my method works, they will be extremely drunk from lots of free booze from happy fans.